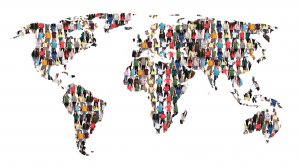 The World Economic Forum has released a report taking a deep dive on migration and cities, exploring the types, causes and patterns of migration, the most affected corridors and cities, the impact on urban infrastructure and services, the solutions that can be employed and how cities can seek to future proof themselves to address this growing challenge.

Report by the World Economic Forum

This paper is part of a series from the Safe Drive Initiative, proposing a high-level policy framework to enable a regulator to implement an operational safety assessment for AVs. The SafeDI framework synthesizes the core technical knowledge required to understand the safety assurance process and allows regulators to customize it to their jurisdiction by evaluating the key steps, design choices, and policy levers. This technical implementation guide provides supporting information to policy-makers to help them prepare their own policy framework by summarizing the most important supporting material, reference standards, and other knowledge required to create a scenario-based AV safety assessment. →