Time for ‘healing of wounds’ has come – Nelson Mandela Foundation

Time for ‘healing of wounds’ has come – Nelson Mandela Foundation 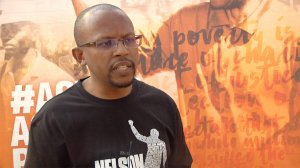 The launch of Mandela Day 2017 took place on Wednesday at Constitution Hill, in Johannesburg, under the theme Action Against Poverty.

Mandela Day is celebrated globally each year on July 18, the birthday of former President Nelson Mandela.

This year’s theme urges South Africans and others to do something sustainable that will eradicate poverty and ensure that the ideal of a dignified life is realised.

Nelson Mandela Foundation CEO Sello Hatang said it was fitting for this year’s Mandela Day to be launched on the anniversary of the ex global statesman’s presidential inauguration, stating that it was “time for the healing of wounds to begin”.

Hatang said it was a great achievement for Mandela Day to have touched so many lives since its inception in 2009 when only New York and Johannesburg participated.

“Today 146 countries [are] participating in Mandela Day with over one-million ‘activations’,” he added.

Hatang said it was sad that 63% of children in South Africa were still living in poverty.

Foundation founding trustee Dr Mamphela Ramphele reiterated the launch of Mandela  Day was a time to celebrate because of what Mandela’s inauguration had heralded.

She wanted Mandela Day to be an inspiration in changing attitudes towards fellow human beings.

“Some of us were old and we voted for the very first time. Young South Africans are lucky to grow up under a democratic South Africa. Oliver Tambo also gave up his life to live in a foreign country and came back with scars because of being separated from his family in his land,” said Ramphele.

Ramphele said Mandela was “not a father Christmas, but a revolutionary”.

“Mandela’s legacy was not to achieve political settlement. We have to embrace the healing that is needed for the people of this country. We are not a poor country. We are a very rich country, what is missing is a political will,” she stated.