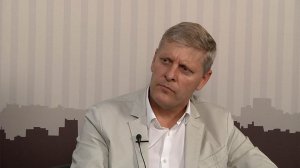 When you next sit down at your local coffee shop, look around you: there may just be a professional hitman sitting at the next table. As author Mark Shaw reveals in this highly original and informative book, the ‘upper world’ sails perilously close to the underworld.

Hitmen for Hire takes the reader on a journey like no other, navigating a world of hammermen (hitmen), informers, rogue policemen, taxi bosses, gang leaders and crooked businessmen. The book examines a system in which contract killings have become the norm, looking at who arranges hits, where to find a hitman, and even what it is like to be a hitman – or woman.

Since 1994, South Africa has witnessed some spectacular underworld killings associated with various industries and sectors. Drawing on over a thousand cases, from 2000 to 2016, Shaw reveals how these murders have an outsized impact on the evolution of both legal and illegal economic activity.

Mark Shaw is a director of the Global Initiative Against Transnational Organized Crime (www.globalinitiative.net) and senior visiting fellow at the London School of Economics and Political Science’s International Drug Policy Project. He was until recently National Research Foundation Professor of Justice and Security at the Centre of Criminology, University of Cape Town, where he is now an adjunct professor.