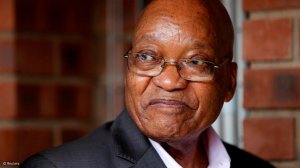 And, PPF vows to fight FICA in ConCourt

The ANC Women's League yesterday criticised the disruption of Cosatu’s Worker's day celebrations in Bloemfontein, saying the biggest losers of the disruption were women.

Women’s League secretary general Meokgo Matuba said disruptors of the workers day rally were not assisting in the course of fighting against inequality, unemployment and poverty which mostly affected black women.

Cosatu's May Day rally was cancelled after several attendees booed president Jacob Zuma when he arrived. They sang and chanted anti-Zuma songs despite an effort to calm them down.


The United Nation’s refugee agency has reportedly said that about 1 000 Congolese have fled to neighbouring Angola to seek refuge, amid an upsurge of violence between rebels and the government forces in the Democratic Republic of Congo.

UN High Commission for Refugees spokesperson Babar Baloch said that children were most affected, as they constituted the majority of those who were fleeing to Angola.

PPF spokesperson Luther Lebelo said that the organisation supported the bills' aimed towards combating crime, but wanted to ensure the rights of their members was not discarded.

Professor Raymond Suttner unpacks his column "Where there is no vision, the people perish” – Proverbs 29:18. Click here to read the column. →