Zuma 'the tsotsi' must go - opposition parties unite over call

Zuma 'the tsotsi' must go - opposition parties unite over call 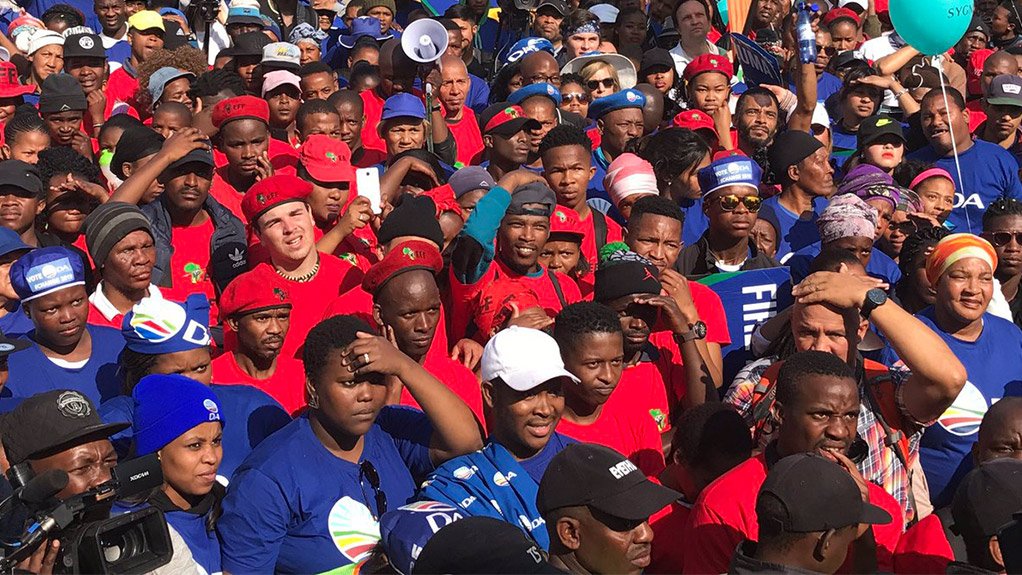 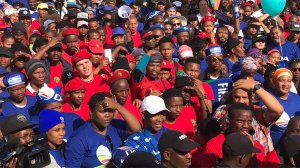 Speaker upon speaker addressed a massive crowd outside Parliament on Tuesday, saying President Jacob Zuma needed to step down or be forced out of his seat - this ahead of a vote of no confidence against him.

The Economic Freedom Fighters' Julius Malema chanted: "Down with Jacob Zuma down. Down with ANC down."

Hundreds of residents and political party members, both for and against Zuma, gathered outside Parliament on Tuesday.

Political leaders and others who addressed the group called for Zuma to go.

Malema said SA had been sold to the controversial Gupta family.

"The country does not belong to Jacob Zuma... The country belongs to us."

Malema said they were going to head into Parliament to go ahead with the vote.

"Not even those white shirt bouncers can defend Zuma," he said.

"It's all those criminals found in this Parliament and who call themselves honourable members… once they vote for Zuma they cease to be honourable."

He said even if the vote on Tuesday resulted in Zuma remaining as president, Zuma still faced court cases.

"The only time Zuma will have a peaceful sleep is when he heads back to Nkandla and looks after cattle."

He said Zuma had created a situation where his cows had better lives than residents.

Maimane said Zuma was holding the destiny of the population to ransom, all because he was selfish.

"We want to bring change to South Africa that will deliver jobs to our people."

Maimane said everyone was "gatvol" of Zuma.

SA Federation of Trade Unions (Saftu) General Secretary Zwelinzima Vavi addressed the crowd saying that Members of Parliament, "for the sake of our country, for the sake of your own people" should "ask the President to step down between now and 2pm".

Vavi said if Zuma did not stand down, he should be voted out. Several other speakers who addressed the crowd also urged Members of Parliament to vote Zuma out.

Earlier on Tuesday, groups for and against Zuma gathered in different provinces ahead of the vote.

In Cape Town, African National Congress and DA supporters, as well as others interested in the vote, gathered on the Grand Parade before starting to make their way to Parliament.

Security was right in the city centre with police officers monitoring scenes.

A massive march was underway in Pretoria.

Gatherings were also reported in other parts of the country including in Johannesburg, Durban and Port Elizabeth.