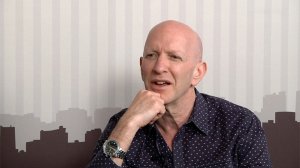 The writers vary from Elizabeth I, Rameses the Great and Leonard Cohen to Emmeline Pankhurst, Mandela, Stalin, Michelangelo, Suleiman the Magnificent and unknown people in extraordinary circumstances - from love letters to calls for liberation, declarations of war to reflections on death.

In the colourful, accessible style of a master storyteller, Montefiore shows why these letters are essential reading: how they enlighten our past, enrich the way we live now - and illuminate tomorrow.

Simon Sebag Montefiore is a prizewinning historian whose bestselling books have been published in over forty-five languages. Catherine The Great and Potemkin was shortlisted for the Samuel Johnson Prize; Stalin: The Court of The Red Tsar won the History Book of the Year Prize at the British Book Awards; Young Stalin won the Costa Biography Award, LA Times Biography Prize and Le Grand Prix de Biographie; Jerusalem: The Biography was a number one bestseller and won the Jewish Book Council's Book of the Year prize; The Romanovs: 1613-1918 was an international bestseller and won the Lupicaia del Terriccio Book Prize.

Written in History: Letters that Changed the World is republished in South Africa by Jonathan Ball Publishers