Women in Solitary: Inside the female resistance to apartheid – Shanthini Naidoo

Women in Solitary: Inside the female resistance to apartheid – Shanthini Naidoo 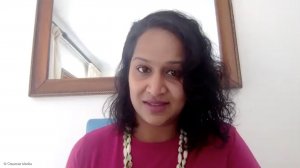 ‘The freezing loneliness made one wish for death,” the journalist Joyce Sikhakhane-Rankin said of her time in solitary confinement.

With seven other women, including Winnie Madikizela-Mandela, she was held and tortured in Pretoria Central Prison for more than a year.

This is the story of four of the women – Sikhakhane-Rankin, Rita Ndzanga, Shanthie Naidoo and Nondwe Mankahla – and their refusal to testify in the ‘Trial of 22’ in 1969, their brutal detention and how they picked up their lives afterwards. Through interviews with the four, author Shanthini Naidoo explores the female experience of activism and how women take on additional political roles to their personal ones.

These mothers, daughters and sisters who fought for our democracy, even after their release, are remembered through storytelling – a tool for healing generational wounds in South Africa.

Shanthini Naidoo is a former Sunday Times journalist who works in content marketing. She has also worked for The Times newspaper and O magazine. Naidoo lives in Johannesburg with her husband and two daughters.

Women in Solitary: Inside the female resistance to apartheid is published by NB Publishers

Making headlines: Right2know to picket against PPE corruption, Covid-19 claims another 132 people and, Nigeria develops its own Covid-19 test kit →