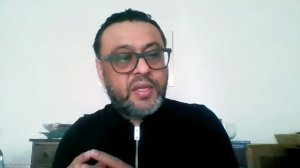 Ebrahim Fakir on 'Why we need electoral reform and what it might look like?' (Camera & editing: Nicholas Boyd)

Governance and regulatory architectures ought not to be chopped and changed for their own sake. And certainly not too frequently. Except in instances where changes are necessary to enhance processes of governance and the experience of government by citizens. Change should serve a purpose, otherwise it can prove to be destabilising and disruptive to society. Something as basic as the electoral system – the process by which people in society select and confer power and authority on others for making decisions and distributing resources in society – should certainly not be changed too often. And when changed, ought to be done so that politics can be better than they currently are, so that citizens can exercise their rights to a fuller degree and greater extent, and so that the performance of democratic government, is improved.

South Africa’s current electoral system, a simple party list proportional representation was necessary to usher society through a period of societal transition from racially exclusivist, unequal and marginalising apartheid colonialism to inclusive, free, and equal democratic government. The system was good for promoting inclusivity, diversity and fairness in that every valid vote is counted – promoting altogether a good degree of representativity, even if not always, effective representation and therefore, responsiveness. More-over the current system has been extensively criticised for blunting effective oversight and accountability.

Twenty-seven years later, it is clear that a greater balance is required between inclusivity, diversity, representativity and responsiveness, accountability and systemic oversight.  If this were not a sufficient motivator, there is now a compulsion for reform of the system since the Constitutional Court Judgment of 11 June 2020. The judgment found that the Electoral Act 73 of 1998 is unconstitutional, to the extent that it requires that adult citizens may be elected to the National Assembly and Provincial Legislatures only through their membership of political parties. The unconstitutionality hinged on the unjustifiable limitation on the right to stand for public office and if elected, to hold office. This right is conferred by section 19(3)(b) of the Constitution. The Judgment does not prescribe, nor provide any guidance as to what the nature and character of the revised electoral system should be, nor any guidance as to how the Electoral Act must be amended, save to say that any amendment must make provision for the exercise of the section 193(b) right. This implies that provision must be made for individuals, or independent candidates, to be able to stand for election which would require an amendment to the Electoral Act, and consequently, the electoral system as a whole.

This represents a rare opportunity to ensure that a newly designed system is able to accommodate the three major organising principles of: 1. Democratic Representation 2. Democratic Governance and the ability to exercise effective 3. Citizen Agency

Simplicity and transparency for voters, parties, candidates and election management

These principles and the values grouped under them would maximise the empowerment of the people, voters specifically, in the practice of democratic citizenship and the ability to incentivise representatives to be responsive to citizen needs and to ensure a level of accountability and stimulate oversight over executive institutions and government performance. Of course, political parties are important and the system that is designed should accommodate them. But the focus of the current system and many of the proposals for reform subsequent to the Constitutional Court ruling seem to privilege the needs and desires of political parties, rather than the interests of citizens and voters. Political parties are important for democracy and democratic governance, but they are mere instruments, or ought to be mere instruments, in the hands of voters and so while the interests and concerns of political parties are valid, they should be secondary to the interests and concerns of voters/citizens. Consequently, as important as the effects of electoral system design might be on political parties, considering the impact of system design on political party proliferation, factionalism, fragmentation or consolidation should not be the paramount concern, even though this matters for government stability and coherence.

The current system, and the major thrust of any proportional system, works to the benefit of most political parties, especially those who are entirely reliant on the aggregating effect of support that is dispersed and not geographically concentrated, as any constituency-based system would require. Thus, any move away from proportional representation represents an existential threat, institutionally – even if not organisationally - to almost all smaller opposition political parties. By and large the pure proportional representation system has worked to the benefit of parties and party elites exclusively – especially parties in government. It emboldens party elites and facilitates the impunity, unaccountability, institutional and procedural manipulation that characterises corrupt state capture.

The subdued reaction to the Constitutional Court ruling by political parties that currently constitute parliament is telling. Unfortunately, the parties will be the ones who will (re)write the law by which Parliament will in future be reconstituted. Parties will obviously wish to (re)write the rules of the electoral system on the basis that best benefits them, while begrudgingly being constitutionally compliant. If their interest are solely the ones that prevail, it would be a pity.

Nevertheless, the Constitutional Court judgment is a harbinger of potential change, even if section 46(1) d of the Constitution retains the “proportionality principle” by insisting that the electoral system must “result, in general, in proportional representation”. Any number of systems may be available to Parliament, constrained only by this dictum, even though it seems that the Constitutional Court Justices appear to express a tacit preference for a system by inveigling into its reasoning, appeals to the mixed system used at local government level, to which attention is drawn several times in the judgment, especially on the composition and election of municipal councils. They appear to suggest that the system, also determined by subordinate national legislation, is an example of how that legislation meets the requirements of the Constitutional provisions of the system resulting in general, in proportional representation while simultaneously accommodating a realising of section 19(3)b by allowing independent candidates to stand for election.

In fact, the provisions in section 157(2) of the Constitution do no such thing, and leave it entirely up to the Parliament to determine the mechanism by which local representatives are elected. It plainly says in section 157(2)(a) that “election of members to a municipal council as anticipated must be in accordance with national legislation which must prescribe a system “of proportional representation… (providing) for the election of members from lists of party candidates drawn up in a party’s order of preference” and goes on to suggest, OR” section 157(2)(b) of proportional representation… combined with a system of ward representation. The “or”, as we will see is critical here since the next clause section 157(3) explicitly says an “electoral system in terms of subsection (2), must ensure that the total number of members elected from each party reflects the total proportion of votes recorded for those parties”. In section 157(4), the Constitution says “IF the electoral system includes ward representation…”, suggesting that the “OR” at the end of section 157(2)(a), read with the rest of the clauses, and the contingent “IF” of section 157(4) actually leaves the determination of the system to: a. national legislation and b. envisages that the system may in fact be exclusively party based. It certainly does not suggest that it include direct constituency representation and at best envisages that it MAY, contingent and dependent on the national legislation suggested in 157(2), if at all included.

This unwittingly privileges “proportionality” as the key principle. The second problem is that efforts may be hampered by attempting to reconcile competing values. While some sections of the Constitution privilege representativity and representation, others foreground accountability, oversight, responsiveness and participation. South Africa’s Constitution creates conflicts, rather than coherence between these values when trying to codify into a system. Thus, any system is unlikely to adequately address all political and governance problems, meaning that political and governance cultures may matter as much as the system.

Another potential downside implication of the current judgment is that it may open the window for the codification, or at least the challenge for the direct election of executive office bearers such as President, Premiers and Mayors. This is immanent to the reasoning of the majority judgment, hinging as it does, on section 19(3)b of the Constitution, whose reading it purports to be purposive and expansive, but which is in fact narrow and literal. Executive authorities must be subordinated and answerable to representative institutions. The indirect election of the president by the National Assembly, means that the president can be removed from office by it. Similarly for provincial premiers. Indirectly elected executive authorities are faced with an intermediary site of accountability at the legislative level when indirectly elected. This is an important safeguard and avoids the situation of directly elected presidents believing that a direct mandate confers direct and unconstrained powers on them since they derived power directly from the people. It is tempting in such a situation for leaders to relegate accountability for decision-making and implementation to a secondary virtue rather than a primary one. Where there are indirectly elected executive authorities, it is also possible that pre-legislative processes can serve as an additional curb on excessive executive authority through both legislative as well as political party structures. From an accountability perspective, indirectly elected executives and presidents are better than directly elected ones.

This is not a major feature of the judgment but has been a part of electoral debates and was an issue raised by DCJ Zondo at the State Capture Commission when President Ramaphosa appeared.

Nevertheless, the judgment might have real potential for greater democratic responsiveness, representative accountability and operational oversight – the hallmarks of effective democratic government, even though evidence from local level, where a mixed system is in use, does not provide any evidence of greater accountability and responsiveness of constituency representatives, even though the reasons for poor responsiveness at local level have their roots in other factors, such as inequality in power and influence between ward/constituency councillors and the proportional representation councillors, which political parties perpetuate since it works to their advantage.

Retaining an element of proportionality would be vital considering its many benefits. But an element of constituency representation would be equally vital to foster the potential for accountability and responsiveness, and especially the independence of mind required for effective oversight, where elected representatives are not wholly dependent on parties and party elites for re-election. Oversight, accountability and responsiveness in this context relates to legislative - executive relations; to relations between party representatives, party organs, leaders and members; and between elected public representatives and the voting public in communities/constituencies.

Fakir was a member of the Inclusive Society Institute's expert panel on electoral reform. Their report can be found here: https://cisp.cachefly.net/assets/articles/attachments/84679_2021.02.24_electoral_reform_report.pdf