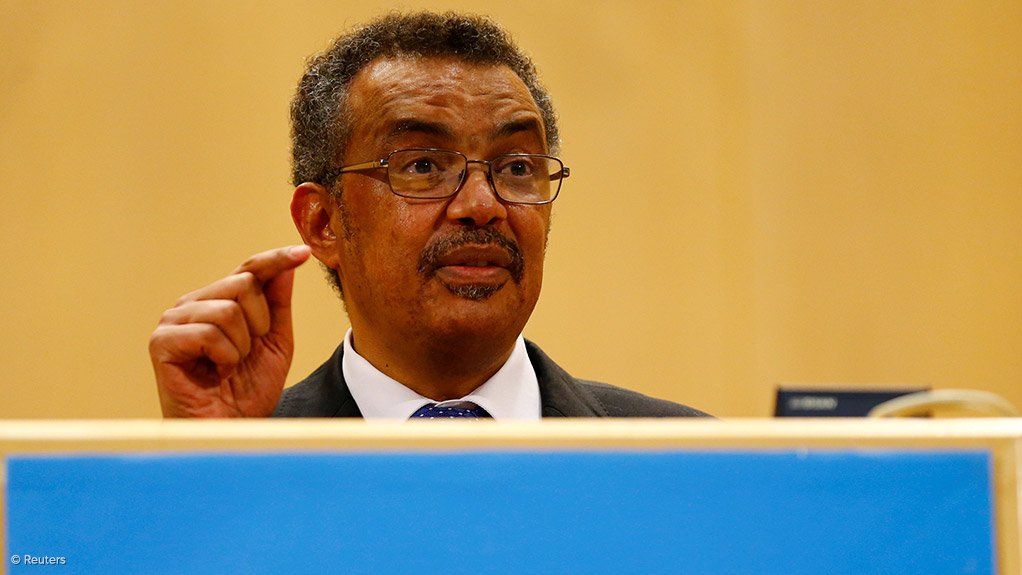 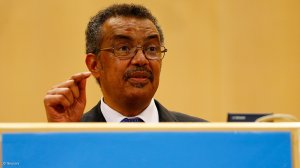 The chair of a World Health Organization (WHO) body cut off Ethiopia's envoy on Monday as he tried to deliver a speech criticising the global organisation's leader and postponed a decision on a request from Addis Ababa to investigate his actions.

The flare-up came at the WHO's week-long Executive Board meeting which is set to discuss a bid by current director-general Tedros Adhanom Ghebreyesus, from Ethiopia's Tigray region, for a second term as head of the UN health agency.

WHO Executive Board chair Patrick Amoth said at the start of the hybrid meeting in Geneva that it would "set aside" a request from Ethiopia to investigate Tedros for allegedly supporting rebellious forces fighting the Ethiopian government.

None of the board's 34 members, which do not include Ethiopia, objected.

However, Ethiopia's ambassador to the United Nations in Geneva, Zenebe Kebede Korcho, later sought to deliver a virtual speech criticising Tedros but was twice prevented from doing so and eventually cut off after an awkward exchange.

"Further discussion of the matter is not germane and is therefore out of order under the relevant rules of procedure," said Amoth, who is from Kenya which is one of 28 countries that nominated Tedros for a second term as WHO chief.

Before his intervention was cut, Zenebe accused Tedros of "using his office to advance his personal political interest at the expense of the interests of Ethiopia". He added: "It is my sovereign right to make a statement before this body."

Tedros, who was backed by Ethiopia for the top WHO job in the 2017 election, said earlier this month that aid was being blocked from getting through to Tigray, where rebellious forces are fighting the central government.

On January 14, Ethiopia's foreign ministry accused Tedros, who previously served as the Ethiopian health minister and foreign minister, of spreading misinformation about the war in the country's north.

The ministry said that Tedros' remarks compromised the WHO's credibility and independence.

Ethiopian government spokesperson Legesse Tulu said the decision announced by Amoth on Monday showed that the WHO was being partial in the matter.

The government reiterated its call for the WHO to investigate Tedros, Legesse told Reuters in a text message.

The WHO said at the time that Ethiopia's foreign affairs ministry had sent a diplomatic communication, called a note verbale.

Thousands have been killed in the conflict in Tigray, which spread to two neighbouring regions in northern Ethiopia before Tigrayan forces were forced to withdraw back to Tigray in December.

The City of Cape Town is pulling out all the stops to curb gang violence in Cape Flats hotspots, spending millions and investing in top-of-the-range technology. At a full council meeting on Thursday, Cape Town Mayor Geordin Hill-Lewis announced the City's plans. "There does seem to be an escalation of gang violence in the city. I'm not sure if Crime Intelligence, SAPS or the public know what is driving this issue. What I am extremely proud of is when there were escalations of violence, there was no squeamishness or fear from our law enforcement branches," he said. Hill-Lewis added the City had been working hard with the police to halt gang warfare.  →