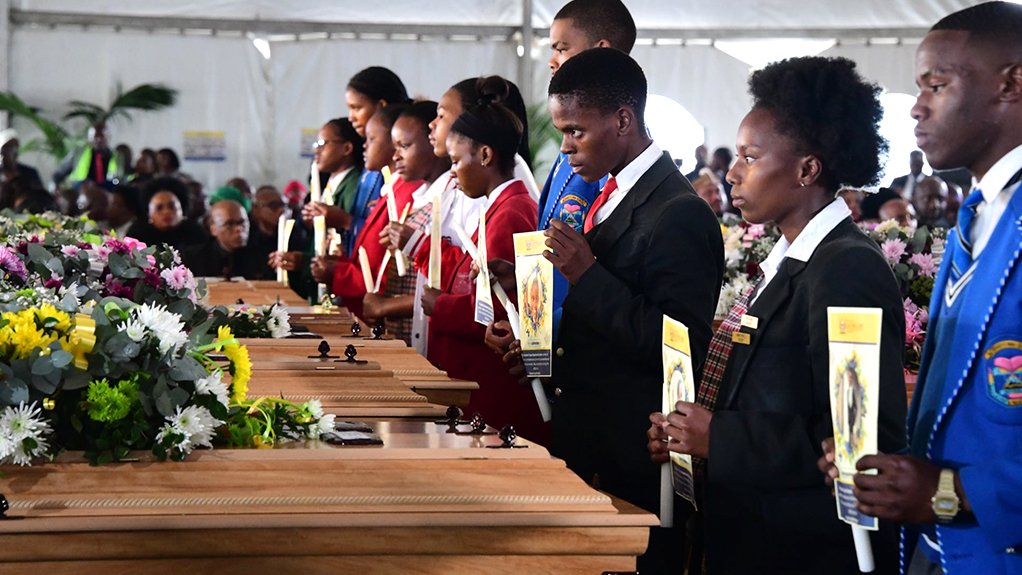 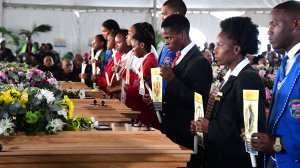 President Cyril Ramaphosa said on Wednesday that while many young people tragically lost their lives recently at the Enyobeni tavern in East London last month, there are many more young people that must be saved from alcohol abuse.

Addressing mourners at the mass funeral for 19 of the 21 young people who died, he said it was a sad moment as parents were burying their children.

The children, aged 13 to 17, died under mysterious circumstances at Enyobeni tavern.

A team of doctors and pathologists, together with the South African Police Service, has ruled out a stampede as the reason for the deaths.

Ramaphosa sympathised with the parents and grandparents of the children who died, stating that in one night, 21 bright lives were snuffed out.

“We are here because these were not the children of East London, they are our children. We have the right to be here to mourn with the families. We are not here to judge for what they did, but to pay our condolences to the 21 children. Each one of them had a beautiful future ahead of them,” Ramaphosa told mourners.

“A tavern is not a place where underage children should be going to. It is a place for older people. These were young people full of lives, they wanted a place to meet with their friends and have a good time to celebrate the end of their exams. It is shameful that there are people who are blaming the parents and the young people who went there, [who] still do not know the details of their death. Let us allow the investigations to be concluded to bring peace to the families and justice to those that died,” continued Ramaphosa.

He said there is blame to be directed at those who are making money by selling alcohol to young children.

He stressed that what happened at the Enyobeni tavern was outside of the law and said it was time for all South Africans to draw the line and stop tavern operators who sell alcohol to underage children.

“We are losing future generations to the scourge of underage drinking,” the President said, and revealed that he had been approached to revise the legal drinking age to 21 years. He said there should be a national debate around the issue.

He urged the police to do more and the Eastern Cape Liquor Board to continue monitoring liquor licences.

The President called on the metro to create more recreational facilities in communities so that young people would not be forced to visit taverns.

“We need to become sober people,” he said, and pointed out that through anti-smoking laws, government was able to stop public smoking noting that action must be taken on alcohol by-laws.

Meanwhile, Police Minister Bheki Cele, who visited the tavern following the deaths, said the community had previously complained about the tavern.

He said the Liquor Board would have to answer on how people were issued liquor licences, and said parents must be involved in tackling such issues.

Cele said the municipality would also have to explain how they extended operating licences to liquor outlets.