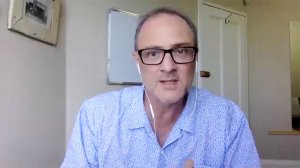 Journalist Greg Ardé exposes a deadly nexus of politics, crime and the taxi industry. The ANC’s cadre deployment has inextricably entwined the ruling party and the state. In KwaZulu-Natal, the party’s powerhouse province, IFP-ANC warfare has morphed into an internal ANC battle that has created a monster of competing patronage networks. While leaders avert their gaze, comrades are killing each other for jobs and tenders.

Corruption, failed policing and the izinkabi hitmen of the taxi industry loom large as the author investigates the battlefield that is KwaZulu-Natal, which threatens to spread across the country. Travel with Ardé across the dusty towns of the provincial hinterland into the dark heart of South Africa’s ‘culture of blood’.

‘Read this book. Get angry. Get active.’ Sam Sole

Greg Ardé is the former deputy editor of the Sunday Tribune and KwaZulu-Natal bureau chief of the Sunday Times. In his 30year career in journalism, he has also worked as political reporter for the Daily News, business editor of The Mercury and for the South African Press Association in the run-up to 1994 democratic election.

War Party: How The ANC's Political Killings Are Breaking South Africa is published by NB Publishers

'Fake and false': EFF calls off SMG BMW protests as row over racist ad is resolved

The Economic Freedom Fighters (EFF) in the Western Cape will not go ahead with protests against SMG BMW branches over a job advertisement seemingly favouring a white candidate after accepting the advert was not the company's fault. "The EFF has engaged with the SMG Group and resolved that the advert was unfortunate and not produced by them. Accordingly, we will not be pursuing any further protest action against BMW or the SMG Group," said the party's provincial chairperson Melikhaya Xego. →