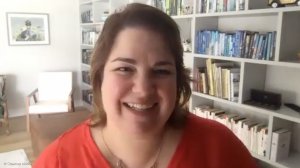 Whistleblowers are seldom seen as heroes. Instead, they are often viewed through a negative lens, described as troublemakers, disloyal employees, traitors, snitches and, in South Africa, as impimpis or informers. They risk denigration and scorn, not to mention dismissal from their positions and finding their careers in tatters.

With corruption and fraud endemic in democratic South Africa, whistleblowers have played a pivotal role in bringing wrongdoing to light. They have provided an invaluable service to society through disclosures about cover-ups, malfeasance and wrongdoing. Their courageous acts have resulted in the recovery of millions of rands to the fiscus and to their fellow citizens as well as improved transparency and accountability for office bearers and politicians.

Some would argue it was whistleblowing that brought down a president and the corrupt ‘state capture’ regime.

But in most cases, the outcomes for the whistleblowers themselves are harrowing and devastating. Some have been gunned down in orchestrated assassinations, others have been threatened and targeted in sinister dirty-tricks campaigns. Many are hounded out of their jobs, ostracised and victimised. They struggle to find employment and are pushed to the fringes of society. Where there is litigation, this drags on and on through the courts. Mental health and relationships suffer. The psychological burden of choosing to speak up when there has been little reward or compensation is a heavy one to carry.

The Whistleblowers shines a light on their plight, advocating for a change in legislation, organisational support and social attitudes in order to embolden more potential whistleblowers to have the courage to step up.

Their status as whistleblowers is sometimes contentious – this book delves into whether they deserve the status or whether they were, in fact, complicit in the wrongdoing they claimed to expose.

These are the raw and evocative accounts of South Africa’s whistleblowers, told in their own voices and from their own perspectives: from the hallowed corridors of parliament to the political killing fields of KwaZulu-Natal, from the fraud-riddled platinum belt to the impoverished, gang-ridden suburb of Elsies River, from the gantried freeways of Gauteng to the Bosasa blesser’s facebrick campus in Krugersdorp, from the wild east of Mpumalanga to the corporate jungle of Sandton, and from the wide farmlands of the Free State to that compound of corruption in Saxonwold.

Mandy Wiener lives and works in Johannesburg. She is one of South Africa’s best-known and most-credible journalists and authors. Wiener has worked as a multi-award-winning reporter since 2004. The Whistleblowers is her fifth book, following on from Ministry of Crime: An Underworld Explored (2018); Behind the Door: The Oscar Pistorius and Reeva Steenkamp Story (2014), with Barry Bateman; My Second Initiation: A Memoir (2013), with Vusi Pikoli, former head of the National Prosecuting Authority; and the groundbreaking Killing Kebble: An Underworld Exposed (2011).

The Whistleblowers is published by Pan Macmillan South Africa

Making headlines: Ramaphosa says there is a great need to prioritise rights of persons with disabilities, ex-Public Protector COO wins bid to have dismissal heard in High Court and, 4 116 new Covid-19 cases bring SA's total to more than 800 000 →