The story of a chicken

The story of a chicken 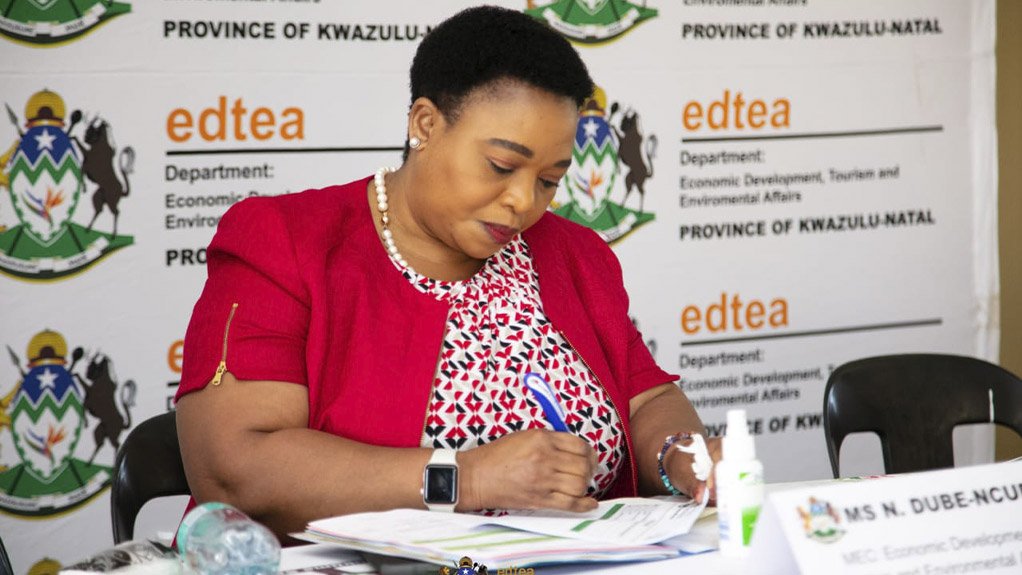 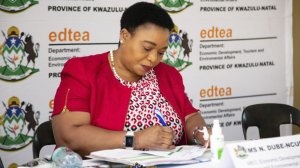 Over the past few weeks, KwaZulu-Natal Economic Development, Tourism and Environmental Affairs MEC Nomusa Dube-Ncube has been marshalling management and all categories of staff in the department and entities to ensure that resources in the hands of the State are used to liberate ordinary members of society from the jaws of grinding poverty.

She has given instruction to senior management to use their technical knowledge to speed up the implementation of key interventions that should reach people across all corners of the province.

Every day, random meetings are convened - using cutting edge technology to report on the progress the department is making.

Critically, she has said instead of spending all resources to ameliorate poverty, she will sustain the focus on the total eradication of poverty by ensuring that there is equal access to economic opportunities.

In her focus on pro poor programmes, now and again she refers to the work of Soviet novelist Chingiz Aitmatov.

Chingiz Aitmatov, is quoted heavily in one write-up in which he narrated a story of the behaviour of a chicken that followed around Joseph Stalin who had removed its feathers.

This chicken showed deep loyalty to Stalin despite being subjected to chronic pain.

Apparently, during the final days of the collapsing Marxist experiment in the Soviet Union, on one occasion, Stalin called for a live chicken. He used it to make an unforgettable point before some of his henchmen.

Forcefully clutching the chicken in one hand, with the other he began to systematically remove its feathers.

We are told that as the chicken struggled in vain to escape, he continued with the painful denuding until the bird was completely stripped.

“Now you watch,” Stalin said - as he placed the chicken on the floor and walked away with some bread crumbs in his hand.

It is further suggested that the chicken followed him nevertheless.

Stalin threw a handful of grain to the bird, and it began to follow him around the room, he turned to his dumbfounded colleagues and people who were watching and said quietly, “This is the way to rule the people.”

He asked: “Did you see how that chicken followed me for food, even though I had caused it such torture?

He further concluded: “People are like that chicken. If you inflict inordinate pain on them they will follow you for food the rest of their lives.”

With the story above, clearly, MEC Nomusa Dube-Ncube is underlining the importance of ensuring that people have access to economic opportunities so that they become self-sufficient and live in prosperity.

She is contextualizing the importance of freeing millions of people from the bondages of poverty.

She has instructed that the department, through Operation Vula Fund must ensure that people who have business ideas are supported with funding.

Through Radical Agrarian Socio-Economic Transformation (RASET), she has emphasized that there be massive food production to ensure redistribution of wealth in the agriculture sector.

The long-term goal is for the agricultural sector to be strengthened to create jobs and maximize export potential.

Funding has been made available through Ithala and KZN Growth Fund to intensify the support of the rehabilitation of emerging farmers who acquired land from land reform processes. She has allocated resources for the mentorship and capacity building of these farmers.

Through all entities under her leadership efforts will be sustained to create the space for new entrepreneurs and those in the informal economy to emerge and to link them up where possible with large corporates to grow the economy and create the jobs.

She has said the R3.3-billion allocated to the department and its entities by the provincial treasury is being used to intensify the fight against public enemy number one - poverty.

She concluded: “Young people and all vulnerable members of society will be the major beneficiaries. I also wish to single out women and people living with disability as deserving special attention - including people in rural areas and the townships."