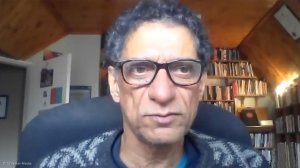 In The Great Pretenders: Race and Class under ANC Rule, veteran political analyst Ebrahim Harvey delivers a stinging critique of the ANC. This must-read analysis reveals the complete failure of the ANC to roll back the race and class divide.

Harvey argues that a series of events – including HIV/AIDS denialism, the Marikana shootings, the Nkandla funding scandal, mass student protests, the Esidemeni tragedy, systemic corruption and state capture – are rooted in policy choices made by the ANC during negotiations and in power.

This book is not just an evisceration of the ANC, however, as Harvey is able, through many interviews and patient delving into the past and present, to provide an indispensable guide to the future.

The Great Pretenders is fierce, passionate and provocative. It is certain to provoke those in power, stirring debate on not only the pernicious issue of race relations in South Africa, but on how to create the shared society promised us.

Ebrahim Harvey is a former Cosatu trade unionist, a political writer and analyst and commentator. His biography of former president and deputy president Kgalema Motlanthe was published in 2012.

The Great Pretenders: Race and Class Under ANC Rule is published by Jacana Media