Systemic Police Brutality and Its Costs in the United States

Systemic Police Brutality and Its Costs in the United States 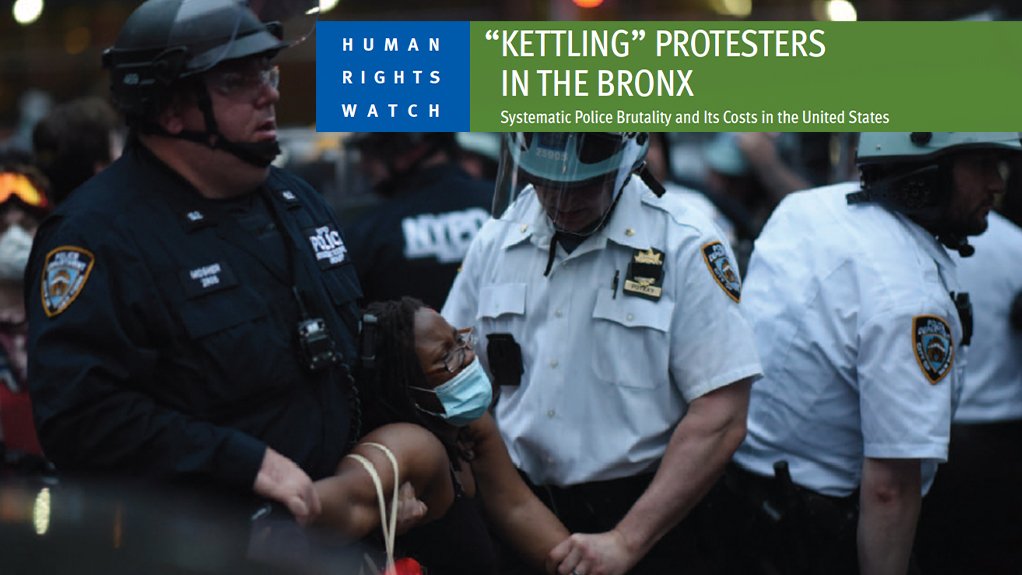 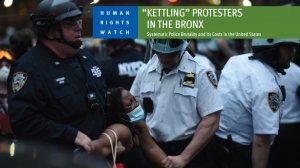 On the evening of June 4, 2020, about 300 people marched peacefully through Mott Haven, a low-income neighborhood in New York City’s South Bronx, to protest police violence and systemic racism. Less than an hour into the march, and about 10 minutes before an 8 p.m. curfew went into effect, the marchers encountered scores of police officers with riot gear, including helmets, shields, and batons. Bicycle police used their bikes to form a wall and prevented the protesters from moving forward, while other officers pushed from behind – a tactic known as “kettling.” The protesters were trapped, with no way to disperse.

“We were being packed and packed like sardines,” one protester later recalled. Many started chanting, “Let Us Go!” and one person cried out, “You’re gonna kill us – I can’t breathe.”

Just after 8 p.m. and the start of the city-wide curfew – imposed a few days earlier due to looting in other areas– the police moved in on the protesters, unprovoked and without warning, whaling their batons, beating people from car tops, shoving them down to the ground, and firing pepper spray in their faces.

“Then it’s kind of all a blur,” one protester said, recounting how a police officer punched him in the face, another twisted his finger and broke it, and a third pulled off his Covid-19 face mask and doused him with pepper spray. “Then they dragged me on the ground and beat me with batons,” he said. “Somewhere in the process of being cuffed, I had a knee on my neck.”

As protesters cried out – some with blood dripping down their faces – the police began to arrest them. They forced people to sit on the street with their hands zip-tied behind their backs, at times so tight that their hands went numb. Clearly identified medics and legal observers were among those targeted, as police beat a number of them, detained them and obstructed their work.

Ambulances eventually arrived, and a medic who was zip-tied at the time said that he saw at least three people carried away on stretchers: “[They were] handcuffed to the stretchers, with head bandages, visibly bleeding from the bandage.”

The protest in Mott Haven was one of hundreds that broke out across New York City and the wider United States following the police killing of George Floyd in Minneapolis, Minnesota on May 25. Floyd’s was the latest in a series of high-profile killings of unarmed Black people by police in the country. Law enforcement officers across the United States responded to many of these largely peaceful protests with violence, excessive force, and abuse. They beat up protesters, conducted mass arrests, and fired teargas, pepper spray, stun grenades, and rubber bullets to disperse and discourage protests.

This report is based on interviews or written accounts from 81 people who participated in the Mott Haven protest, interviews with 19 other community members, lawyers, activists, and city officials, and analysis of 155 videos that were recorded during the protest. Human Rights Watch also reviewed legal documents and sent questions to the New York Police Department, the NYPD, which replied in part (see Annexes). The NYPD did not reply to a Human Rights Watch request to interview senior NYPD officials.

Global trade recorded a 5% drop in the third quarter of 2020 compared to the same period the previous year, according UNCTAD’s new Global Trade Update published on 20 October. The organization’s preliminary forecast of a 3% year-on-year decline for the fourth quarter shows that the recovery could continue but that it would be too weak to pull trade out of the red for 2020. →