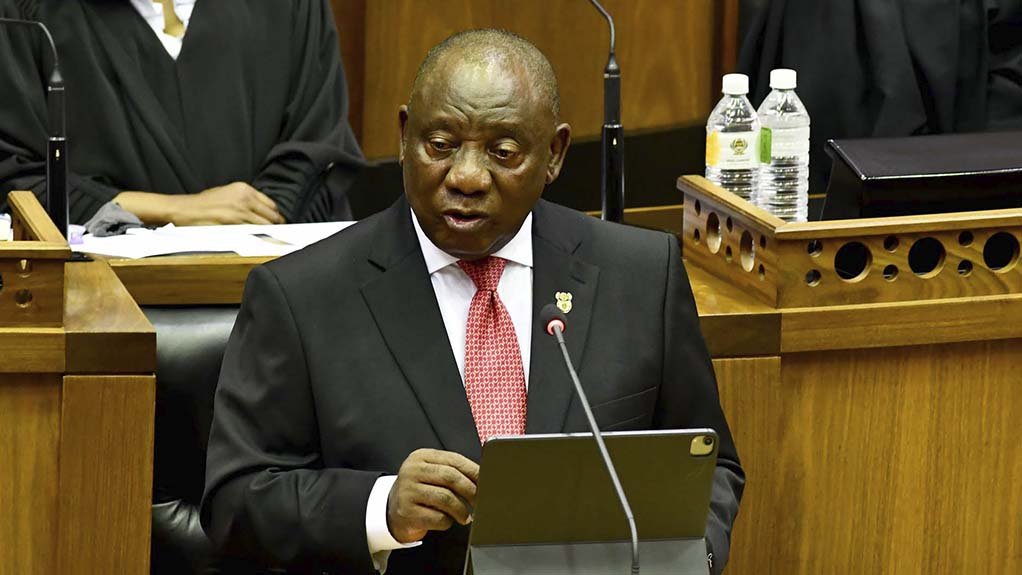 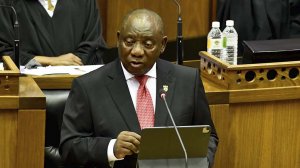 Opposition leaders criticised President Cyril Ramaphosa for his perceived inability to tackle the country's big problems as a joint sitting of Parliament debated his State of the Nation Address (SoNA) on Tuesday.

According to Democratic Alliance (DA) leader John Steenhuisen, it is because Ramaphosa is hamstrung by his own party - but, according to Economic Freedom Fighters (EFF) leader Julius Malema, it is because the president is in the pocket of the "white capitalist establishment".

Steenhuisen referred to Ramaphosa's reading of Maya Angelou's poem, "Still I Rise", on Thursday evening, saying:  "People cannot rise when the boot of the government is firmly on their neck."

He suggested that a quote from The Beatles' song, "Nowhere Man", would be more apt for the Ramaphosa presidency: "He's a real nowhere man/Sitting in his nowhere land/Making all his nowhere plans for nobody."

Steenhuisen also referred to this song in his speech in 2016's SoNA debate.

He was of the opinion that Thursday's SoNA had "plans so far removed from reality and from ever being executed by this permanently paralysed government that they might as well not be made at all".

"But here's the thing, Mr President. I know you're in a terrible bind. I know the volatile situation in your party has left you with very little room to move," said Steenhuisen.

"The truth is, we simply don't have time to wait for the African National Congress (ANC) to stop fighting and for someone to grab the wheel, if that's even a possibility. Our problems are so pressing and so big that we have to act right now."

Taking up most of his party's allotted time, Malema described Ramaphosa as "incompetent, incapacitated and the most unreliable human being".

"When you prematurely ascended to power in 2018, many people, including the leadership and membership of the EFF, hoped that you will bring some degree of stability. It has now been three years since you took office, and we can all say that you have not achieved anything that is worth mentioning," Malema said.

"We want to state categorically that any leader of our country, who owes loyalty to colonial settlers and white state capturers, is defining himself as an enemy of the people. We will isolate and ultimately defeat all puppets of the white capitalist establishment."

Other opposition leaders focused on corruption.

"The problem, Your Excellency, is the same problem I pointed to in last year's debate. The problem is corruption. I know it. You know it. South Africa knows it," said Inkatha Freedom Party leader Mangosuthu Buthelezi.

He also looked to the future. "My deepest wish is that future generations will look back on this time as the darkest night that preceded the dawn; or as the president put it, the fire before new life blooms. May there be a new life for South Africa. It can still happen. We can bring it to pass. But it is going to take a shared effort with every one of us being afforded a role to play. South Africans deserve nothing less than the right to participate in the making of our future."

"Much of the blame is to be laid at shoddy service delivery at the municipal level and lax enforcement of bylaws. There is no excuse for this."

Freedom Front Plus leader Pieter Groenewald warned that the "draconic and irrational" Covid-19 regulations are fostering civil disobedience. He said millions of rand have been stolen under the cover of Black Economic Empowerment - and, if taxes are raised, a tax revolt is on hand.

ANC speakers lauded Ramaphosa's SoNA and promised to make sure his plans are executed.

The DA was dismissed as doomsayers, while the adage, "empty vessels make the most noise", was aimed at the EFF.

The debate will continue on Wednesday, with Ramaphosa scheduled to respond on Thursday.