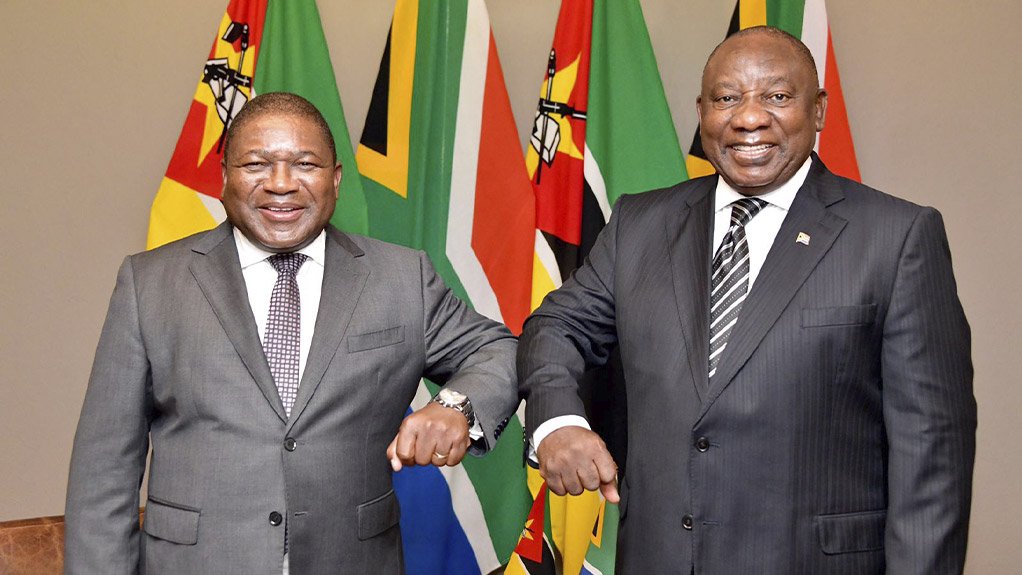 President Cyril Ramaphosa made the announcement on Friday morning in his opening remarks at the third South Africa-Mozambique Bi-National Commission Plenary Session held at the OR Tambo Building in Pretoria.

Ramaphosa's announcement comes at a time when Eskom is battling to keep the lights on, and fuel prices are skyrocketing as a result of the Russia-Ukraine war.

"It is encouraging to see how the relations between our two countries have expanded and deepened at both a political and economic level. As neighbours, we must recognise and nurture our economic interdependence.

"Mozambique remains one of South Africa's top trading partners in the region, and there are several opportunities for expansion," said Ramaphosa.

He added that South Africa was "keen, in particular, to expand cooperation in the energy sector".

"Mozambique is endowed with significant volumes of natural gas. This can benefit not only the people of Mozambique and South Africa but also the rest of the SADC region," said Ramaphosa.

Natural gas is a non-renewable hydrocarbon used as a source of energy for heating, cooking and electricity generation.

It is also used as fuel for vehicles and as a chemical feedstock in the manufacture of plastics and other commercially important organic chemicals.

Ramaphosa said energy security was "vital to economic growth in our respective countries, and we look forward to significant progress towards securing and sustaining our energy needs".

President Filipe Nyusi of Mozambique said his people and his government expected the two countries to continue to work together to grow both economies.

"Our presence on South African soil evidences the firm commitment of the people and the government of the Republic of Mozambique to continue working together," added Nyusi.

He said he wanted to underline his country's "unwavering commitment to cooperate with the government of South Africa to continue to invest in the energy sector with the view of ensuring that both countries' citizens have energy that leads to universal access and economic development".

Ramaphosa said attaining a secure source of energy would be possible if southern Africa remained politically stable, and South Africa would assist its neighbouring country in fighting off an Islamist insurgency in the Cabo Delgado region.

"Our two countries share a common view on issues of peace, stability, economic development, regional and continental integration. We are both undertaking programmes to advance youth development, women's empowerment, poverty alleviation, and job creation. These are some of the concrete steps we are taking to realise the vision of the AU's Agenda 2063 and to improve the lives of our people.

"We have weathered many difficulties in the past, and through our resilience, we have emerged stronger. The crisis you are confronting in Cabo Delgado is no different. We will face it together, with the same determination, certain that the forces of democracy and peace will be victorious," Ramaphosa said.