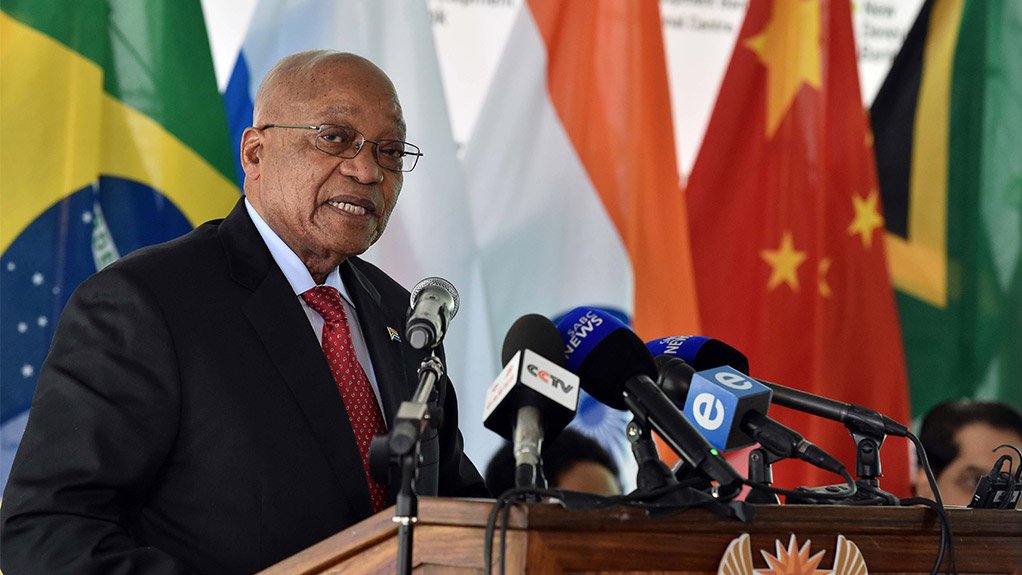 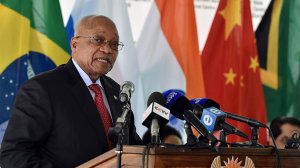 President Jacob Zuma will travel to the Xiamen City, in the People's Republic of China to attend the 9th Brazil, Russia, India, China, South Africa (BRICS) Summit, to be hosted by China from 3 – 5 September 2017.

The 9th BRICS Summit in Xiamen will be held under the theme: “BRICS: Stronger Partnership for a Brighter Future".

There has been substantive progress achieved since South Africa joined BRICS in 2011. The formation has strengthened its cooperative mechanism for institutional development, most notably witnessed in the creation of the New Development Bank and the recently launched Africa Regional Centre in Johannesburg.

The Summit will build on the past achievements of BRICS, by deepening BRICS cooperation for common development, strengthening global governance to jointly meet challenges, carry out people-to-people exchanges to support BRICS cooperation and make institutional improvements, and build broader partnerships.

South Africa looks forward to meeting with the like-minded BRICS countries as it strongly believes that these engagements will further contribute to finding innovative approaches and solutions to our identified triple challenges of poverty, unemployment and inequality, as well as the development objectives of the Global South as embodied in the Bandung spirit, notably its core principles of solidarity, friendship and cooperation, which continue to be a relevant and effective foundation for resolving global issues of common concern and fostering better relations among nations.

Issues of mutual concern such as international conflicts, the fight against terrorism, and reform of the global system of governance, notably the democratisation of the United Nations and the Bretton Woods Institutions will also be discussed. Leaders will meet with the BRICS Business Council, the President of the New Development Bank as well as review salient economic developments and projects.

In addition to the issuing of the Xiamen Declaration and Action Plan, new proposals will be explored to further deepen cooperation and to expand the BRICS institution-building agenda.

BRICS Leaders will also engage in a Dialogue with Emerging Markets and Developing Countries; the invited countries being Egypt, Guinea, Mexico, Tajikistan and Thailand. The Dialogue will be reflective of trans-continentalism and bring together nations with a focus on the needs of the Global South in the context of globalisation and future development.

In 2015, total intra-BRICS trade amounted to R3.06 trillion. South Africa’s exports to BRICS countries marginally increased from R123 billion in 2011 to R138.2 billion in 2016 while in the same period, imports from BRICS countries also increased from R115 billion to R230 billion. Total Intra-BRICS FDI was R554 trillion at the end of February 2016.

For the first time in five consecutive years of receiving a qualified audit report, the North West Department of Agriculture and Rural Development has finally scored an unqualified audit report from Auditor General South Africa, (AGSA) for the financial year ending 31 March 2022. An unqualified audit opinion is essentially a clean report. This outcome indicates that the auditor general is satisfied with the organization's financial reporting. This is a set target for every public institution. At the core of this target, is a quest to give taxpayers confidence in the management of the public purse. →