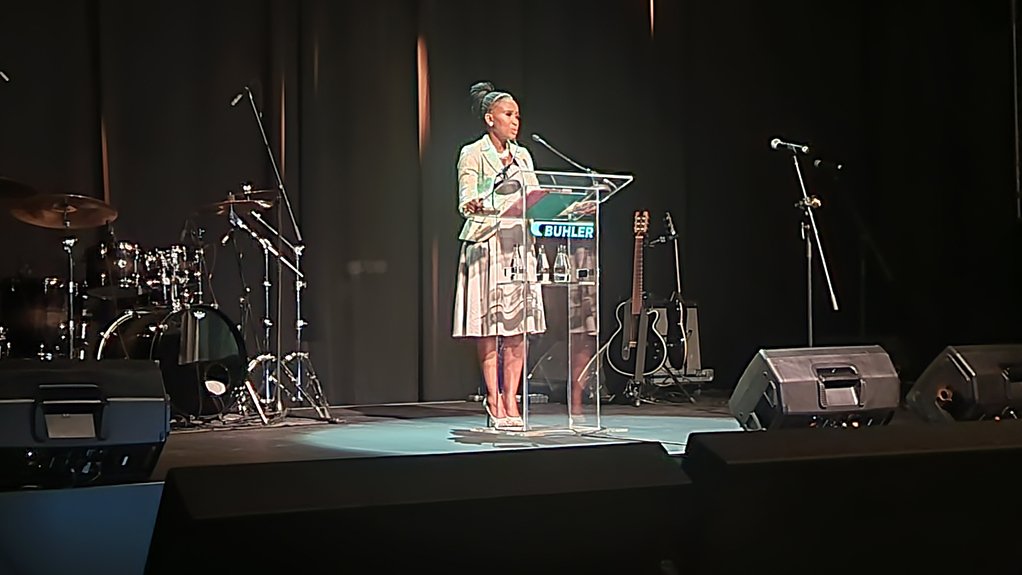 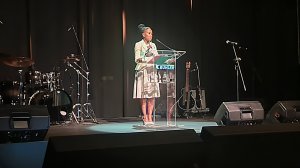 Members of the Mayoral Committee,

Members of the Media present,

It gives me great pleasure to address this gathering on the occasion of the First Energy Indaba hosted by the City of Johannesburg. If I reflect, on 21 April 2022, during the occasion of my inaugural State of the City Address, in addition to outlining the seven priorities of the Joburg Multi Party Government, I announced that we would be hosting an Energy Indaba in May 2022 to resolve the energy crisis facing the City. My sincere gratitude to my team for the hard work in making this Energy Indaba a reality.

Our country has been grappling with several pressing questions regarding our energy future because energy impacts all spheres of our daily lives. Recently we have seen how geopolitical factors, mainly the war between Russia and Ukraine, have led to the rise in gas prices. On the local front, we have been warned to expect another high increase in the petrol price in June 2022 as national government reinstates the levy on the fuel price.

As we are gathered here, for the past few days Eskom has subjected us to Stage 2 load shedding every day between 5pm and 10pm. In 2020 the volume of electricity produced by Eskom fell below the level that was produced in 2004. I do not have to remind you of the tariff increases that have been imposed on the electricity end-user, and it is well-established that Eskom’s price path is not sustainable for the end-user.

This has devastating impact on our plans as a city because without cost-effective and reliable power, our City economy is unable to realize its true potential.

The City consequently has had to answer the following vexing questions:

What are our energy requirements and to what extent do we continue to rely on Eskom?

What are the infrastructure requirements, including power generation plants, pipelines, distribution, and transmission wires?

What are the enablers for this infrastructure, particularly legislative and institutional arrangements that will open up these sectors?

A key consideration as we face this uncertain future is how the City of Johannesburg responds to safeguard our economy in the face of these largely exogenous factors. The Joburg Multi Party Government adopted the Golden Start, as we drive the seven mayoral priorities. Our energy stance is premised on the Sustainable Energy Strategy, which will introduce an energy mix that includes Independent Power Producers and small-scale power generators.

Against this background, the City of Johannesburg is indeed entering the most exciting energy era in our history. It is exciting because indications are that the City is positioning itself to become more energy independent, with less reliance on Eskom for our power needs. Clean energy provided by independent power producers will not only improve the City’s energy security, but also respond positively to the climate change imperative.

The traditional power delivery model that the City of Johannesburg has been relying on, is being disrupted by technological developments related to new systems. We cannot assume anymore that our power will be solely generated by Eskom. Instead, more and more alternative energy models have come through and as the City we are forced to recognize so-called embedded generation as a serious option.

For the City to be able to meet its energy requirements in the shortest possible time, very close collaboration is necessary with the private sector for the requisite investments to materialize. The City recognizes that we don’t have the funding to keep up with the required investment in power infrastructure, hence private-public partnerships are seen as the most feasible way forward.  This is in keeping with our 4th priority for a business-friendly city.

The power sector generally, including embedded generation, energy storage and smart grids could leverage huge investment in our City and enable us to create the jobs we desperately need.

An Integrated Approach to Inclusivity

Power disruptions and load shedding have adverse repercussions on the priorities espoused by the City of Johannesburg Multi Party Government. For example, to address our 5th priority, which relates to creating an inclusive City and promoting inclusivity through various interventions, an integrated approach is required. The upgrading of informal settlements to level three requires us to also address the challenge of access to a modern thermal energy carrier, for cooking and space heating. Without this approach, residents in these informal settlements will continue to use environmentally harmful energy sources, like firewood and coal, thus degrading the air quality in these areas.

We are aware that not all power disruptions are caused by load shedding, because some are caused by the deliberate and criminal damage to infrastructure. Cable theft is particularly problematic and needs to be tackled head on. Our 2nd priority, which is about a safer city, becomes a critical pillar for building an inclusive City, the 5th priority that I have outlined. Hence the need for these priorities to be implemented in an integrated manner.  It is clear in my mind that similar integration needs to be considered in relation to our approach in respect of the other priorities.

Given the City’s energy requirements, let us now look at some of the energy options under consideration:

The lack of gas infrastructure with pipelines and storage facilities beyond what is provided by Egoli Gas and Sasol, has made it impossible for gas to feature as a major energy carrier in the City’s energy mix. To expand the gas market for the residential, commercial, and industrial sectors as a key component of the City’s energy mix requires that infrastructure must be built in anticipation of the gas market.  Every modern metropolis has an extensive gas infrastructure in place, and the City of Johannesburg cannot continue to be an exception.

The sourcing of the gas molecules is a key factor in unlocking the gas economy. We are closely watching developments relating to the Gas Master Plan under development by national government. The prospect for gas to displace the utilization of electricity for cooking and space heating, is worthwhile given its cost-effectiveness and efficiency relative to electricity utilization for that end-use. In the agenda of discussions at this Energy Indaba, I am hopeful that some of the discourse will be directed at finding a viable gas energy option for the City.

If one considers the renewable energy programme under the Integrated Resource Plan, an accompanying storage technology programme will make the combination of the renewable technology with storage a viable option going into the future.  To date South Africans across all municipalities have installed an estimated 200 MW of rooftop photo-voltaic (PV) systems, according to the energy regulator NERSA. As wholesale electricity tariffs rise, we can expect more rooftop PV systems to be installed. This threatens to reduce the City’s energy revenues, and we are best advised to take be pro-active in providing alternative energy solutions for our residents.

The adoption of storage technologies based on battery systems or other options, continues to grow as they become relatively cost effective.

Small scale embedded generation through biomass, biogas and municipal waste are areas holding great potential for creating a circular economy around waste management, but we have hardly seen investment of sizable quantity in that space. Technologies are available for these resources to be added to the generation mix at small sub-utility scale. Given the number of sites operated by the City for processing waste, this potential energy source needs to be explored.

City Power has experience in procuring power from independent power producers like Kelvin Power. Whilst Kelvin Power is a fossil-fired power plant within the jurisdiction of the City, more clean-energy generators need to be procured to augment Eskom supply.

As the world moves towards a less carbon-intensive economy, the City cannot be left behind. Initiatives like the Hydrogen Valley Initiative focusing on ‘green’ hydrogen production in various parts of South Africa, the quest for electrified freight transportation and mining haulage, and as I already indicated, the need to find a lasting thermal energy carrier solution for our residential sector, all make it worthwhile for the City to pursue the hydrogen economy.

South Africa has all the requisite primary energy sources for this initiative, including an abundance of platinum and other catalysts necessary for hydrogen fuel cell development. We are therefore bullish about the hydrogen economy within the City.

Whilst renewable energy technologies like wind and solar are very attractive due to their almost zero variable cost, criticisms generally refer to their inability to supply power continuously during the day and night and the difficulty of grid integration. City Power has started rolling out smart meters to some extent, as part of a platform for smart grid systems.

For a balanced and safe interconnected power system to be operated sustainably, the intermittent power generators have to be integrated and controlled through smart technologies that allow power to flow bi-directionally between a generator and a load. Smart grids comprise of smart meters, smart appliances, renewable energy sources and energy efficient sources to facilitate erstwhile impossible electricity load flows.

Ladies and Gentlemen, whist we believe that we are in a position to overcome our energy challenges as a City, this will take time. In the meantime, how do we respond to the ensuing supply shortages and load shedding? Energy efficiency is a very effective response.

I want to believe that all of us here own or use electrical appliances like a kettle, television, fridge, washing machine etc. If we use these appliances in a more energy efficient manner, this could save us money in the face of increasing power tariffs and load shedding. It is for this reason that the City must intensify awareness raising among our community about saving energy and money.

Energy saving entails, amongst others:

•                Closing the door every time you take things out of the fridge and also checking that it seals properly.

•                Reducing the temperature of your geyser to around 55 degrees Celsius so that you don't need to add too much cold water when you shower or do the dishes;

Insofar as the legislative and regulatory frameworks that enable the energy options I have outlined; we do not believe that there are fatal impediments to our plans for the City’s energy sector. A municipality is allowed to determine whether they are in a position to buy any power from embedded generators, as opposed to Eskom’s generation monopoly.

The Integrated Resource Plan also makes provision for embedded generation to the extent of 200MW annually. This allows municipalities to procure small scale generators through alternative generation technologies and to diversify the supply base. NERSA’s licensing framework provides that for any generator below 100MW, a license is not required, and instead a registration process is prescribed.  All these considerations make it possible for the City to realize our energy aspirations.

In closing I wish to thank you again for participating in this Energy Indaba, as we seek your counsel in finding solutions for our energy problems. I hope the deliberations that will follow will unlock ideas about implementation, including financing, institutional arrangements, skills development, job creation and the role that the City could play in private-public partnership models with the private sector. We need to look at all viable options to enable the achievement of our objectives. I wish you fruitful deliberations.