Race, Class and Power: Harold Wolpe and the Radical Critique of Apartheid 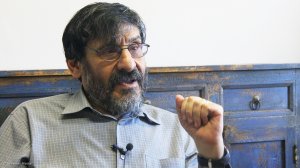 Over four decades ago, radical scholars began to suggest a new way of looking at South African society, one that blamed the economic power of those who owned property for the racial bondage of the black majority. Their work, and the debates it triggered, are mostly forgotten: but they and their critics have much to say that sheds lights on today’s South African realities.

Harold Wolpe was arguably the most influential theorist of this generation. His writing played a major role in a revolution in thought and his celebrated escape from prison in the 1960s made him a symbol of alternative action.

Race, Class and Power clearly and insightfully examines Wolpe’s work in the political, intellectual and social contexts in which it was developed and to which it gave form. Drawing on interviews with those he worked with, disagreed with and inspired, the book also maps his influence on ideas and the culture that emerged in anti-apartheid circles in the 1970s. Wolpe’s writing is a prism through which South African society can be viewed; this book is an intellectual biography both of Wolpe and of South Africa’s left.

Race, Class and Power also assesses and engages with the ongoing impact of Wolpe’s ideas into the post-apartheid present. Moreover, it suggests how Wolpe’s work can move us towards a way of thinking about and acting upon South Africa’s realities differently.

Steven Friedman is an academic, newspaper columnist, widely quoted public intellectual, activist, former trade unionist and journalist. He directs the Centre for the Study of Democracy at both Rhodes University and the University of Johannesburg. His book Building Tomorrow Today: African Workers in Trade Unions 1970 – 1984 has been described as a classic South African text.

'Race, Class and Power: Harold Wolpe and the Radical Critique of Apartheid' is published by UKZN Press