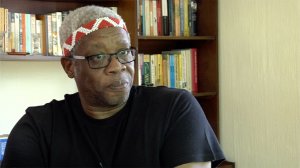 The 2019 State of the Nation address (Sona) will be remembered for two things in the main: the anger with which some social partners greeted the announcement by President Cyril Ramaphosa that State-owned electricity utility Eskom would be unbundled into three independent entities and the accusation by Congress of the People (Cope) leader Mosiua Lekota that Ramaphosa sold out during apartheid.

If we restrict ourselves to the four corners of each page of the address, as speeches go, the 2019 Sona was quite impressive. If we limit ourselves to nothing but the promises and rhetorical commitments that were made, South Africa under Ramaphosa is going to be the land of milk, honey and prosperity. The dogs of poverty, unemployment and inequality, with their tails between the legs, will be forced to flee into oblivion.

However, one of the first things we need to do is to examine the 2019 Sona in the context of the past 25 years of democracy. My overall assessment of the performance of the African National Congress (ANC) in government is as follows.

The post-apartheid State has done well when it comes to the procedural aspects of democracy, that is, it has done well with regard to the architecture of democratic rights and freedoms. With regard to the capacity of democracy to deliver a better life for citizens, that is, the substantive dimensions of democracy, post- apartheid South Africa has not done as well. In other words, there is a gap between the procedural and substantive dimensions of democracy. Put simply, there is a gap between what is promised and what is actually delivered.

To argue that the ANC has not delivered is both disingenuous and dishonest in the extreme.

That said, gaps have been emerging in the pace, scope and quality of delivery, especially after the end of the first decade of democracy.

Because of objective factors beyond the control of the ruling party, the post-apartheid State has not performed optimally.

The ANC is in a state of qualitative decline at the leadership, strategic, philosophical, tactical and moral levels.

As we attempt to answer this question, we must remember another thing: words are not what they describe. In other words, the word ‘d-o-g’ is not a dog. Therefore, we need to ask another question: Does this Sona bridge the gap between the words of the President and what they describe? No speech, including the 2019 Sona, does. The seeds of a pumpkin are not a pumpkin. The next question, therefore, is this: Does this Sona inspire hope? To answer this question, we must do two things. First, we must look at the past performance of the ruling party. Second, in as nonpartisan a manner as possible, we must examine the long list of promises made by the President in his address. In an election year, this level of honesty is difficult, especially among politicians and hard-core supporters of political parties.

With regard to invoking the past, including the most recent past, it is interesting that the President chose to dwell on the past year. Given the fact that this year’s Sona came towards the end of the current Presidential term, one would have thought that he would regale the country with an account of how well the ANC government performed between 2014 and 2019. This, I suppose, he could not do without taking responsibility for the ravages of the Zuma years, given his desperation to position himself as a new broom, despite the fact that he was Zuma’s silent partner.

What the content of the 2019 Sona makes clear is the fact that international investors are Ramaphosa’s primary audience. Further, it suggests that, under Ramaphosa, South Africa is going to be another terrain of post-politics (the idea that neoliberal policies and conceptions of reality are the only way in which society and the economy can be organised. As for the ‘unbundling’ of Eskom, this is a policy hoax that is aimed at allaying the fears of both capital and labour.

Child miners: the dark side of the DRC’s coltan wealth

Coltan is one of the world’s most vital minerals, and 60% of reserves globally are found in the Democratic Republic of the Congo’s (DRC) Kivu province. In 2019, 40% of the global coltan supply was produced in the DRC. The mineral is used in cell phones, laptops and other devices because of its particular ability to store and release electrical energy. As 5G technology grows, the demand for Congolese coltan will increase. But this is not good news for everyone in the DRC. →