Politics 360 with Ebrahim Fakir - The direct election of the President

Politics 360 with Ebrahim Fakir - The direct election of the President 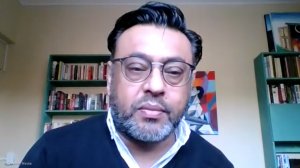 In his final State capture report, Chief Justice Raymond Zondo said consideration should be given to amending the constitution so that the President of South Africa could be elected directly by the people.

This week on Politics 360 Political Analyst Ebrahim Fakir explains what the direct election of the President means, how it would work and how it would differ from South Africa's current system.