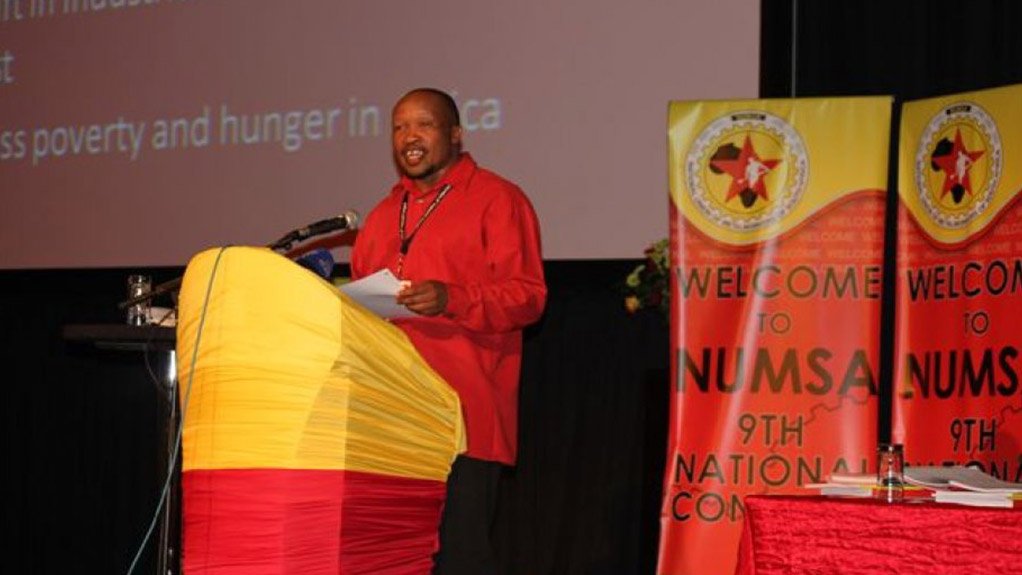 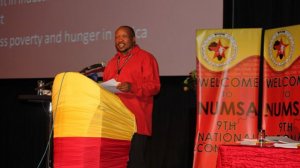 General secretary of the National Union of Metalworkers of South Africa, Irvin Jim

By the year 2013 when the ANC government was mired in allegations of corruption from municipalities all to the way to the provincial government and various scandals which involved national government departments, scandals which later became known as “state capture”, and led to the “Save South Africa” campaign, the National union of Metalworkers of South Africa (NUMSA) has maintained that the struggle against corruption is not a single battle on a single front – it must be an all-sided battle. We maintained that this struggle, was in fact against the capitalist system which thrives and is sustained by corruption. We insist that the battle against corruption must also be a battle against overthrowing capitalism which is a system of private greed, and which breeds and thrives on corruption and all social ills.

We have been very consistent that without fighting this system of capitalism, with all its rotten and immoral effluvia, and instead, continuing to jump on replacing one individual who is perceived to be corrupt with another individual who is perceived to have been anointed by God with divine innocence, we will always find that the very proclaimed corruption-free individuals are sophisticated champions of corruption, and thugs in suits and expensive dresses.

When the ANC announced the ‘New Dawn’ which was defined as being synonymous with breaking new ground against corruption, as NUMSA we insisted that what was needed and continues to be needed in South Africa is a Socialist revolutionary agenda which is to restore land to the ownership of the people as a whole and to fundamentally alter the structure of the South African economy, including dealing with key fundamentals such as working class ownership and control of the South African economy, and the establishment of a Socialist society in South Africa.

To take this agenda forward, NUMSA demanded that a democratic government – led by the revolutionary working class – must take into public ownership all the commanding heights of the economy and all our country’s minerals and mines. At the back of all these mineral endowments, they must champion a basic needs and job-led industrial strategy building a Socialist economy which alone can destroy the racist concentration and centralisation of wealth, by taking over ownership of the economy from the tiny, extremely selfish and racist white minority.

It is only such a Socialist revolutionary agenda that will change the power relations in South Africa and establish genuine non-racialism and a democratic South Africa free from the cancer of corruption.

We therefore want to submit that corruption can only be uprooted in our country through this revolutionary agenda and a programme which our country desperately needs especially in light of the global collapse of capitalism and our economy having been reduced to junk status and now worsened by the economic impact of the Coronavirus.

It is against this background that NUMSA is irritated disgusted and dismayed by what has become the naked and open looting of billions of rands surrounding the Personal Protective Equipment (PPE) tenders in all provinces, and the plundering of relief funds that are meant to cushion economically-depressed companies and the working class. NUMSA is particularly shocked by the serious allegations and revelations of corruption in the Gauteng Province where names of politicians and government officials are being mentioned. We reject attempts by the governing ANC to put the country to sleep by creating the illusion of tackling this cancer of corruption when it has raised its ugly head in this manner. It is therefore our position that when allegations of corruption are levelled against politicians, government bureaucrats and officials, we reject and refuse that the ANC as the governing party can use its own Integrity Committee as a structure to deal with these allegations. This is nothing more than an attempt to give a free pass of corruption to its own deployees.

We demand that the ANC government, in addressing these allegations of corruption surrounding the PPE tenders across all provinces, must consult trade unions, civil society and business on the appointment of independent, external individuals or institutions who must preside and embark on a fact-finding mission on such allegations of corruption. The results of such investigations must be announced publicly and be handed over to the relevant state institutions for prosecution.

Failure to do so will leave us with no option but to exercise all our rights and we do not rule out mobilising for the Mother of all Political Strikes against a rotten and corrupt ANC government. You have been warned!