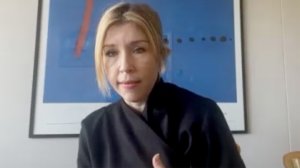 Shortly after Jacob Zuma received treatment in Moscow for alleged poisoning, he signed off on a massive, far-reaching – and unlawful – nuclear power deal with Russia. Had this gone through, it would have devastated the South African economy.

Uncovering the extraordinary lengths it went to in trying to conclude the deal before Zuma’s time in office ran out. They detail South Africa’s potential nuclear alliance with Russia, built on illegality, secrecy and misrepresentation, and Zuma’s belief that President Putin rescued him from poisoning by American spies. The nuclear dream may have been thwarted for now, but South Africa’s nuclear ambitions are still very much alive...

Karyn Maughan is an award-winning journalist, documentary producer and best-selling author. She writes for News24 and is a BBC contributor. She regularly appears on local and international radio and TV stations. She has been named as one of SA’s most influential journalists, and has over 413 000 followers on Twitter. She lives in Johannesburg.

Kirsten Pearson is a development practitioner, activist and author. She has previously worked at the National Treasury and at Corruption Watch. Her advocacy work has been featured in a range of publications. She was part of a team that developed a budget transparency portal that won a public sector innovation award. Kirsten lives in Cape Town.

Nuclear: Inside South Africa's Secret Deal is published by Tafelberg, an imprint of NB Publishers