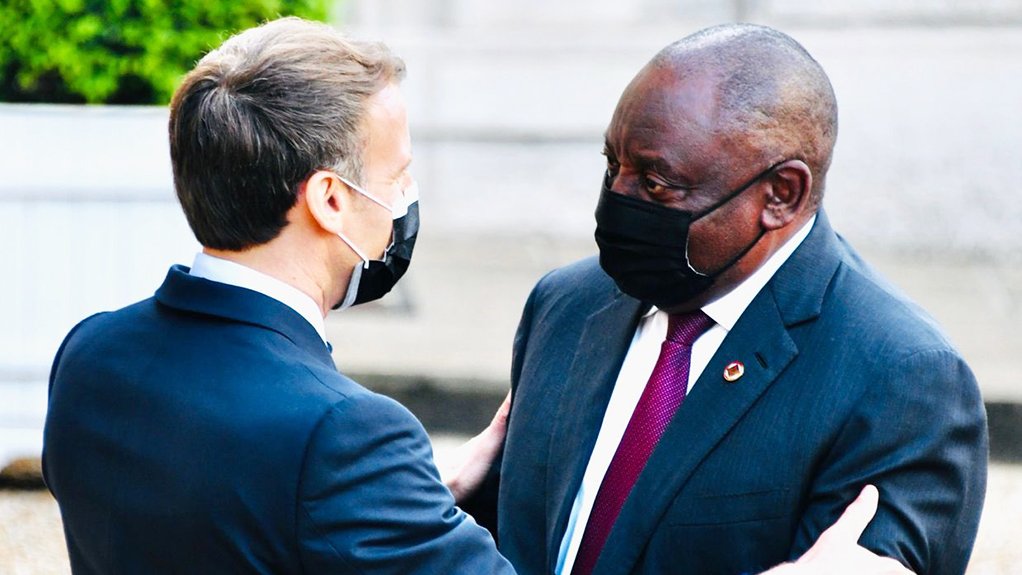 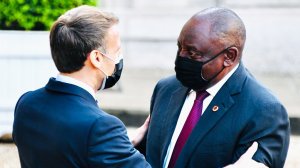 The situation in Mozambique is one of the issues expected to be on the agenda during a summit on the financing of African economies organised by French President Emmanuel Macron with African leaders on Tuesday.

President Cyril Ramaphosa, who was late in confirming his physical attendance at the summit, arrived in Paris on Monday morning ahead of the summit – one of the biggest in-person summits involving African leaders to be held since the outbreak of the Covid-19 pandemic at the beginning of last year.

Ramaphosa also met with Mozambican President Filipe Nyusi, even though this was not announced by his office beforehand.

One of the items that will top the security agenda at the summit will be the situation in Mozambique.

Analyst Joseph Hanlon writes in the latest edition of his newsletter Mozambique News Reports and Clippings that Nyusi was also due to meet Macron on the sidelines of the summit in Paris, and likely also Portuguese Prime Minister Antonia Costa.

"Macron wants Nyusi to agree on a French security cordon so Total can return to Afungi," Hanlon reported.

Costa is also president of the Council of the European Union.

French company Total declared a force majeure and withdrew from its liquefied natural gas operations in Afungi last month following attacks by insurgents in the nearby town of Palma a month earlier.

Foreign nationals working on the gas plant were also targeted in the attack.

Hanlon wrote that Total would have to return within two years if it wanted to resume its operations.

The main summit, which is expected to take place behind closed doors, will look at the economic support Africa needs following the Covid-19 pandemic.

Institute for Security Studies analyst Mohamed Diatta said South Africa's attendance at the summit was important because, "... France sees South Africa as a potential strategic partner in Africa which it needs to bring closer".

He also said: Ramaphosa is generally perceived to be less antagonistic than his predecessor, Jacob Zuma, towards France's ventures on the African continent, particularly in Francophone Africa.

Diatta also pointed out that, with regards to the Mozambique situation, formal discussions were ongoing in the Southern African Development Community (SADC) and the African Union's (AU) Peace and Security Council, and any bilaterals in Paris on the matter would have to take heed of this.

Franck Paris, Africa adviser to Macron told a press conference last week that a "very large number" of African leaders and G7 partners, as well as China and other "major donors to Africa" were expected to attend the summit, which is to signify "a return to in-person diplomacy".

He said the summit was important to Macron because he was, "... convinced that we are interdependent with Africa as we come out of the crisis, meaning that one of the conditions for us to successfully leave behind the public health and economic crisis in Europe is for the crisis exit in Africa to take place at the same time".

African economies have a large dependency on foreign trade and it is also the continent where lockdowns related to the pandemic have hit the hardest.

The summit would also aim to implement a, "... massive support package for the continent, to help it overcome the impact of the pandemic", and to, "... lay the ground for a new cycle of growth in Africa, which will first and foremost benefit Africa itself and its population, but will also be a source of growth for the global economy as a whole".

A large part of the focus will be on support for the African private sector, "... which we all consider to be the main driver of tomorrow's growth in Africa", he said.

The summit was preceded by a meeting about the political transition in Sudan.