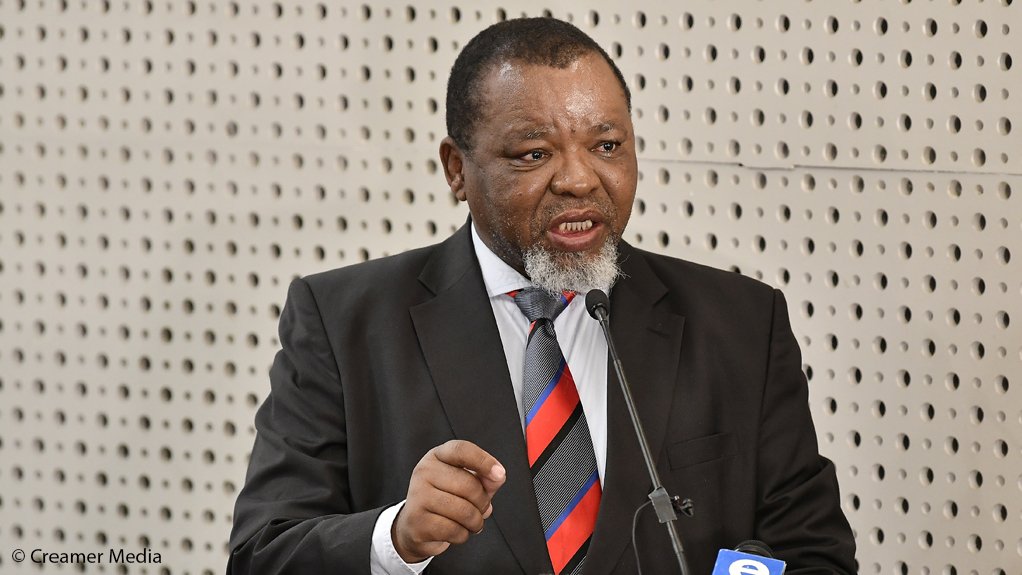 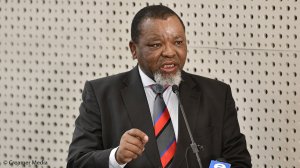 Mineral Resources and Energy Minister Gwede Mantashe has justified the issuance of a controversial request for information (RFI) relating to a possible 2 500 MW new nuclear build programme on the basis of the long lead-time involved for the building of such power stations.

In a Tweet following the publication of the June 14 notice, Mantashe said the RFI signalled the start of preparatory work for a future nuclear energy build programme.

He added that the Department of Mineral Resources and Energy (DMRE) had issued the RFI as “upfront planning was necessary for security of energy supply to society”.

In a formal statement the DMRE said the responses would enable it to gain insight into the cost of the programme, as well as possible ownership structures, cost recovery, the end-user cost and the sustainability of the programme.

It was also in line, the department argued, with Decision 8 in the Integrated Resource Plan of 2019 (IRP 2019), which stated that the department would “commence preparations for a nuclear build programme at a pace and scale that the country can afford because it is a no-regret option in the long term”.

Decision 8 is widely understood to have been a late compromise addition to the IRP 2019, after some labour representatives at the National Economic Development and Labour Council expressed unhappiness at the exclusion of nuclear from the draft IRP 2019.

The final version of the plan, which was published in October, made no formal allocation for the building of new nuclear capacity to 2030, confirming only a decision to extend the design life of the Koeberg nuclear plant, in the Western Cape, beyond 2024.

In a Tweet following the release of the RFI, the director of the Power Futures Lab at the University of Cape Town’s Graduate School of Business, Anton Eberhard, noted that none of South Africa’s IRP electricity plans have had nuclear power in the least-cost mix and that nuclear had been forced in as a “policy adjustment”.

“In a fiscally constrained post-Covid environment the question has to be asked: what is Energy Minister Gwede Mantashe up to?” Eberhard’s Tweet read.

Other commentators questioned why the South African government would be considering new nuclear at a time when solar photovoltaic (PV) and onshore wind costs had fallen to a point whereby such generators, supported by flexible solutions such as gas, pumped storage or batteries, would deliver electricity more cheaply than either coal or nuclear.

They also noted that, while global investments in renewables continued to rise strongly, there had been not one nuclear reactor construction initiated in 2020 to date, while there had been two permanent shutdowns.

By contrast, renewables deployments were increasing year by year, rising from only 754 GW in 2000 to 2 537 GW by the end of last year.

In 2019 alone, 176 GW of new renewable power generation was added globally, with solar PV capacity increasing by 97 GW and onshore wind power by 54 GW. Both technologies had also been allocated the lion’s share of assumed deployments to 2030 under South Africa’s IRP 2019, yet the DMRE had not initiated any new procurements since 2014, despite ongoing electricity shortages.

On May 7, the DMRE already raised eyebrows when it told lawmakers that the development of a roadmap for a 2 500 MW nuclear new build programme would commence soon and that the market would be tested for “robust funding options”.

During the briefing, Mantashe indicated that government was most interested in small modular reactors (SMRs), which he argued could be built by the private sector.

“If a company or a consortium wants to develop nuclear modular reactors, it must come and make a presentation. We can partner with that company as the State, we may even give that company a right to develop a modular nuclear station on a build, operate and transfer basis, which means there may be no immediate calls for funding from the State, but the build programme can continue,” the Minister said.

Following the briefing, environmental justice organisations Earthlife Africa-Johannesburg and the Southern African Faith Communities’ Environment Institute wrote to the Minister warning that no new nuclear programme could go ahead, unless proper procedures were adhered to. They added that proceeding with a nuclear deal would be in clear breach of the judgment handed down by the Western Cape High Court on April 26, 2017, halting the previous nuclear deal.

In the RFI itself it is stressed that notice had been issued “solely for information and planning purposes and does not constitute a solicitation of bids”.

Interestingly, though, is did not rule out conventional nuclear technologies, stating that an assessment would be made of all nuclear power plant technologies that could be considered under the ‘South African Nuclear Power Programme’.

“For the conventional pressurised water reactors (PWRs) technology they should be currently commercially available. For small modular reactor (SMR) technology, it is expected to be under development (matured to at least prototype/experimental designs) for commercialisation by 2030,” The RFI states.

The document also noted that, owing to significant technology and maturity differences between conventional PWRs and SMRs, vendors could respond to one or more of the said technologies.

Besides outlining their technology offering, respondents should also provide insight into the approach they would take to funding the project, as well as their proposed siting, technology- and skills-transfer, localisation and contracting solutions.

Vendors were instructed to indicate their intention to respond to the RFI by way of an email to the department, which should be delivered by July 15.