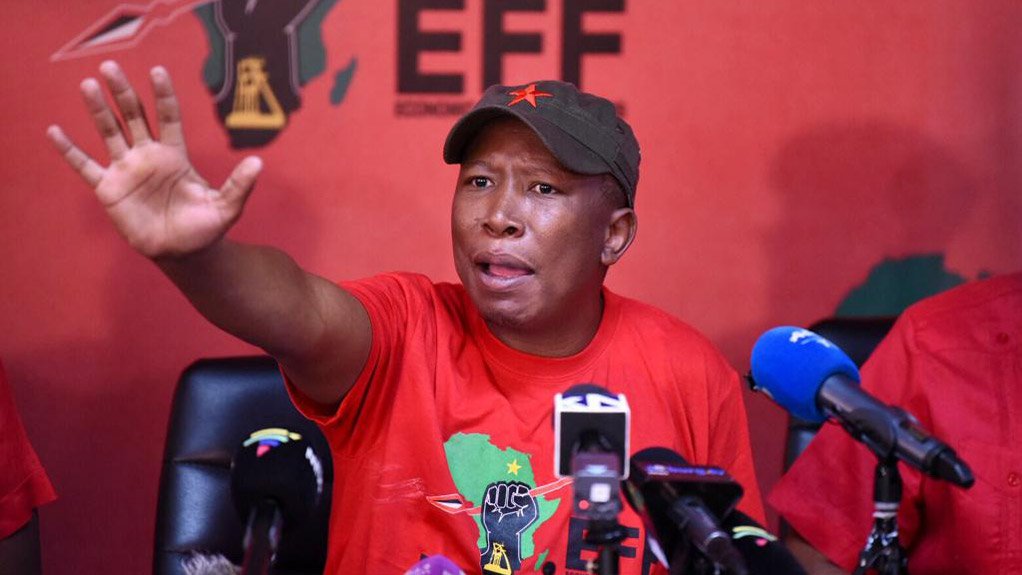 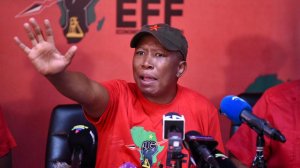 The EFF gained significant support in the elections and is taking 44 more MPs to the National Assembly but Malema claimed the ANC will be governing Gauteng fraudulently.

''The ANC didn't get 50 percent [in Gauteng]. They have manipulated the elections like they did in 2014,'' he told reporters at a post-election briefing at EFF headquarters in Braamfontein, Johannesburg.

He said as a "peace loving" organisation, the EFF has accepted the provincial results and would work hard to unseat the ANC. The EFF garnered 14.69 percent in Gauteng and the Democratic Alliance (DA) 27.45 percent while the ANC won by 50.19 percent.

On its list of MPs, Malema said national chairperson Dali Mpofu and treasurer Lee-Anne Mathys were not going to form part of the EFF's parliamentary caucus.

The party resolved to allow Mpofu to concentrate on EFF work outside of Parliament. Mathys was not available due to ill health. The firebrand politician criticised the Independent Electoral Commission of SA's election management, urging the commission to improve its systems before the 2021 local government polls.

"The EFF is concerned with the reports of double voting, and believe that to avoid mistakes and to properly understand the nature and extent of the problem, the IEC should hire independent auditors to look into the extent, scale and scope of double voters. The IEC must be beyond reproach because its incapacity and incompetence will lead to violence and unworkable political environment."

He lashed out at non-performing EFF local councillors and MPs, saying the EFF was not a party for careerists. The party received reports of officials who absconded during election campaigns and these would be replaced, he said.

"We told them to buy bakkies because we were going to reach out to villages and farms...some of them did not do that. We are an organisation here, if you cannot adhere to the organisation, who are you listening to? Are there other masters you are listening to? There's going to be consequences."

Malema said the City of Tshwane would be led by an EFF mayor and DA members of the mayoral council (MMCs) in a power sharing pact. The two opposition parties are in talks, he said.

''We are already talking to the DA. We are sharing power in Tshwane and in Johannesburg. We will do it in a manner that will not be disruptive. EFF will have a mayor in Tshwane, the DA will have MMCs. They [DA] will have the Johannesburg mayor and EFF MMCs...

"I am reluctant to remove [Johannesburg mayor Herman] Mashaba because those ANC people hate him so much...anyone that traumatises the ANC is my hero. We support Mashaba and we think he should remain mayor."