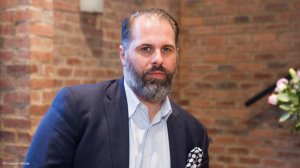 CAPE TOWN (miningweekly.com) – The mining industry is on the way back up and the time to take advantage of that is now, the new Investing in African Mining Indaba MD Alex Grose said on Monday.

Speaking at the opening of the Investing in African Mining Indaba, Grose said the Mining Indaba, as a barometer of a market, was showing an industry that had slowed but had certainly not been defeated.

Announcing a new Investing in Latin American Mining event to be held in Santiago on July 11 and 12, Grose declared that mining could now look ahead with some optimism as company share prices rose and profits improved.

“Investors are considerably more bullish on commodities from copper to lithium,” he told the 6 000-plus audience.

Some Mining Indaba prices have been reduced by up to 50%, with the event organisers continuing to concentrate on investors and government.

This year’s investor presence is up by 70% with the number of mining companies up by 30%.

There is a new commitment to helping the junior miners throughout Africa, with a “battlefield” contest under way to see which juniors are most deserving of investment.

“The industry is turning and now is the time to take advantage,” said Grose, who spoke ahead of Minerals Minister Mosebenzi Zwane who announced a special new emphasis on geoscience mapping and junior mining promotion.