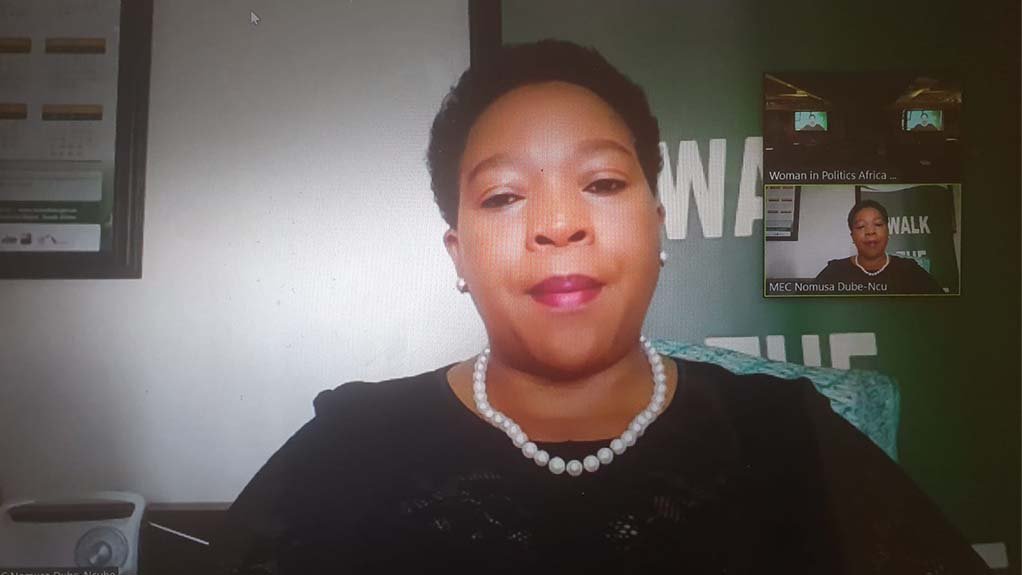 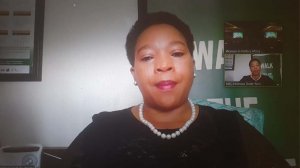 Members of the Legislature present

Members of the Media

I bring warm wishes to you from more than 11, 1 million people who reside in KwaZulu-Natal Province. We have been looking forward to hosting you in the province this festive season, but due to the outbreak of COVID-19, we are aware that some of you wont be travelling.

Ladies and Gentlemen – we need to pause and remember that on this day in 2013, the body of our former President Nelson Mandela laid in State at the Union Buildings for three days with a glass top coffin so that people could view it.

In the face of challenges we are facing, Madiba would have pointed out that this is our moment as a nation to unite and act decisively to rebuild and transform our economy. We need to do exacly that so that our economy can better serve all our people and make them believe again in the democracy.

Programme Director, one of the challenges associated with the outbreak of COVID-19 is “Fiscal Stress. We all know that government, the private sector and households are forced to survice with limited resources.

In this regard, we agreed with the organizers that as KZN Government we will must briefly outline what we believe should be the role of government and the private sector in addressing this “fiscal stress”.

Programme Director – I will attempt to be brief in my address alghough there is a lot to say. Importantly, we can not claim to know all as KZN government. Instead, we do wish to learn from other delegates that are representing different spheres of government.

I have no doubt that as we move along, we will learn from you how you are dealing with these challenges.

Ladies and Gentlement, in dealing with the Fiscal Stress - we have taken a decision to use public procurement as an instrument to uplift the majority of our people especially women, youth and people with disability.

In all platforms, we are repeating one message that state resources must be deployed to lift the majority of people out of abject poverty.

Given the huge resource gap, we have no choice other than to treat public money as if it is our own, because it is in fact our “own” money, i.e. tax payers’ money.

However, we can only spend the money of our people wisely if we have a collective culture of responsible spending in our provincial and local governments.

This means that we must spend scarce resources effectively, efficiently and economically. Value for money is paramount.  DOING MORE WITH LESS, must be our watch word.

Ladies and Gentlemen, as Provincial Treasury we have offered to ensure:-

equitable resource allocations for government departments and all municipalities;

analyse and monitor government revenue and expenditure in the provincial and local spheres, including public entities;

do robust public policy research; and contribute to the realisation of government policy priorities by ensuring that government interventions in the economy are targeted, efficient, sustainable, and empower our people.

In addition, we have committed we build strong relationships with the Premier, all MECs, their Departments and leadership at local level.

We are building these relationships with trust, humble service and integrity as guiding principles. We have promised regular interaction with the Premier, MECs and their departments.

Yesterday I met with the team in Provincia Treasury, we have offered to ensure  continuous engagements with Mayors and their teams on the financial status of the Province and municipalities. We will work closely with Auditor General and all Chapter Nine Institutions.

Programme Director, another area we wish to highlight is an interventionist approach by our government.

We are stimulating the economy as guided by the Economic Reconstruction and Transformation Plan which we adopted.

Our focus is on assisting companies, including small businesses, cooperatives and the informal sector that has been heavily affected by Covid-19 crisis.

This plan is aligned with the national Economic Reconstruction and Recovery plan and Presidential policy pronouncements.

In formulating this plan, a number of policy discussions were undertaken with industry players at sector level through one-on-one meetings and webinars.

The key objective of the KwaZulu-Natal Reconstruction and Transformation plan has been to recalibrate, revitalise, restructure and transform the economy of the province to achieve sustainable growth and employment creation.

The plan covers interventions that are required to revitalise the economy in sectors that have higher economic linkages and greater employment creation potential. Some of the sectors covered in the plan include the following:

Programme Director – it is quite interesting that agriculture continued to thrive even during lockdown.

Apart of ensuring food security - we have agreed as KZN government that the deracialization and the redistribution of wealth in the agricultural sector should be on top of the agenda.

This is extremely important considering the fact that KZN has a total of 6.5 million hectares of land for farming purposes. About 82% is suitable for extensive livestock production and 18% is arable land.

We are focusing on how best to utilise this land to produce vegetables, fruit and meat products for consumption. Our intention is also to export to other countries using our own Dube Trade Port.

We have allocated R66.5 million and R10 million to ensure the rollout of Livestock Strategy and mechanisation respectively. We further allocated a further R59 million for One-Home-One Garden Programme.

We have ensured that our co-operatives and SMMEs produce agricultural products in order benefit the entire community especially in rural areas. Our interventions are in response to spiralling fuel and food prices.

These higher prices, together with high interest rates and job losses have reduced the purchasing power of households. The narrowed profit margins of many firms have caused a drag on consumption and business fixed investment. It is for these reasons we are intervening decisvely.

Our belief that the involvement of households in agricultural activities for subsistence farming can play an important role in reducing the vulnerability to hunger of rural and urban food-insecure households.

Ladies and Gentlemen, we have we commited to double our efforts to remove the red tape in public procurement.

We have done so because despite budget cuts, its been reported that globally, public procurement represents on average 15% of Gross Domestic Product (GDP). In view of this, we believe that public administration is the lifeblood and a backbone of the country’s economy.

The total pipeline investment directed to all the districts in KwaZulu-Natal ranges between R3-billion to R8-billion.  We have set aside this budget for the construction of roads, bridges, health facilities and large housing projects in many other parts of the province.

We have a dedicated Infrastructure Crack Team that facilitates the speedy collective co-ordination of all Infrastructure Programmes and Projects in the Province.  We want emerging entepereunuers to benefit from the billions allocated for infreastructure development.

The construction sector contributes about 4% to total Gross Geographical Output of the Province. It employs more than 219 000 people made up of 134 000 in the formal sector and 85 000 in the informal sector.

The sector has value chains with almost every sector such metals fabrication, plastic, forestry, timber, glass, steel industry, mining and quarrying as well as tooling.

The sector is also dominated by youth, SMMEs, informal players and we are reprioritising budgets towards high impact projects.

Importantly, we have endorsed the following procurement target breakdowns:-

We have allocated R100 million for the department of education for the provosion of school infrastructure;

COGTA receives R70 million for the drilling and equipping of boreholes, which was identified as an urgent provincial priority;

The department economic development, tourism and environmental affairs has received more than R30 million for a number of projects that are catalytic in terms of the provincial economic recovery and job creation;

Ladies and Gentlemen, we have used a special fund called Operation Vula and allocated about R50 million to assist emerging business, some owned by women – the youth and people with disability.

We have assisted these entrepreneurs with bakkies/equipment/machinery in order to ensure that their businesses are sustained.

For our focus on radical economic transformation, we allocated a total of R25, 6 million to eighty seven (87) existing small enterprises in the clothing and textile sector.

We have also ensured that support is extended to Fifteen (15) existing small enterprises in the toilet paper manufacturing sector. This is the sector dominated by women.

More than R11, 7 million has also been allocated to support fifteen (15) existing small enterprises in bakery and confectionery in the township and rural areas. The intention is to ensure that every rural area has these bakeries.

An amount of R5, 4 million has been allocated to support five (5) small enterprises in detergents and chemical cleaning products manufacturing.

Critically, we have ensured that finance development institutions such as Ithala, KZN Growth Fund and many other entities make resources available.

Programme Director, with regards to the private sector - in our special economic zones of Richards Bay and Dube Trade Port, we have agreed with companies that have invested more than R10 billion rands to ensure that emerging entrepreneurs are contracted.

We have also engaged with companies such as Tiger Brand, Uniliver, Edgars to procure from emerging entrepreneurs as part of localization. Tiger Brands for instance once offered to buy R200 million worth of small white bean from the province.

Programme Director, as I draw towards conclusion I wish to remind delegates that humans are creatures of habit and what we repeatedly do, defines us as individuals and ultimately as a nation.

Excellence then, to rephrase a famous quote by Aristotle, is not an act or a skill, but a habit of doing ordinary things extraordinary well.

The KwaZulu-Natal Provincial Treasury will continue to cultivate the “habit of excellence” and build upon the progress we have made in making our vision to “Be the centre of excellence in financial and fiscal management in the country” a reality.

Through this statement of intent we are committed to further improve on the Provincial Treasury’s functions of financial oversight and support.

Sound financial management makes the difference between goals achieved and opportunities missed. Government cannot afford to lose any chance to improve the lives of our people – the only true measure of good governance.

If we adhere to good governance practices we will definitely success in dealing with “Fiscal Stress.”

With those words, I thank you

This is the last scheduled meeting of the NEC for 2020. It is an opportunity to reflect on the progress we have made over the last year in the implementation of our programme of fundamental social and economic transformation. →