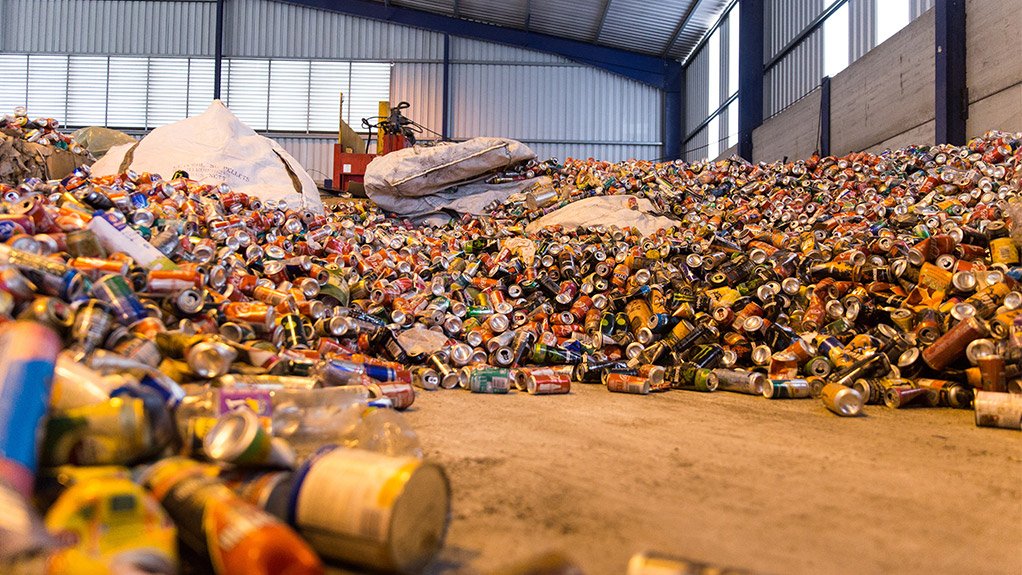 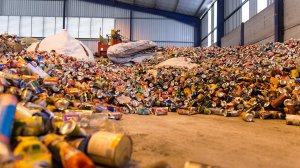 Initiatives such as Clean-up and Recycle SA Week are a great measure to raise awareness on the waste to landfill versus recycling conundrum faced in the country. However, the message needs to be far clearer; that Government, corporate South Africa and individual citizens all have a role to play - and strong focus should be placed on driving collective accountability - if we are to reduce landfilling and increase recycling of waste in the country.

Looking at the current state of waste management in the country, it is clear that landfilling remains the most common method of solid waste disposal, where South Africa is lagging far behind other developed and developing economies in terms of recycling. In fact, reports indicate that the country is only recycling 10% of the 108 million tonnes of waste generated annually. It is also estimated that last year R17-billion of waste was disposed of to landfill that could have used back into the economy – by means of recycling, repurposing and reusing.

These statistics are startling; but what is perhaps more shocking is the knowledge that without immediate interventions to change how we manage recyclable versus disposable waste, the country will be facing a massive waste management crisis. For example, without drastic change to divert waste from landfill, it is estimated Johannesburg will run out of landfill space in less than 10-years.

Of course, if we are to change the current status quo around recycling, we need to understand that such an initiative will require buy-in, involvement, collaboration and participation at all levels of society. The willingness to change behaviours is often the hardest thing to secure, but it can be done.

While a complete culture change towards recycling and waste management won’t be achieved overnight, if we look at the water crisis, particularly in the Western Cape, there are two key lessons here; (1) behaviour change can certainly be achieved when faced with a looming crisis, but perhaps more importantly (2) how the environmental impacts can be slowed and reversed if we proactively change behaviour – and before the situation becomes critical.

Legislation has a leading role to play

Over the past several years, new legislation has been developed to support more environmentally friendly and sustainable waste management processes, including to improve the disposal of waste to landfill and, more importantly, to encourage the waste industry to seek alternative solutions.

One of the most significant developments has been the prohibition of certain waste streams from landfill disposal as from 2013 – with additional waste streams falling into this prohibition on an annual basis. It is imperative that local industry stakeholders are aware of this legislation and take the necessary steps to comply. Critically, these prohibitions represent an opportunity to seek alternative and more sustainable waste management solutions - and create a more efficient waste economy in South Africa.

The National Government has also put policies in place to support the implementation of the new legislation and overall to divert certain waste from ending up at landfill sites. An example of this is the National Waste Management Strategy, launched by the Department of Environmental Affairs (DEA) to promote waste minimisation, re–use, recycling and recovery of waste - among other things. Government is therefore trying to establish a more uniform way to ensure all public and private sector entities and citizens recycle all their reusable products, as far as possible, and contribute to national recycling initiatives and programmes.

Another programme that will lend great support to the National Waste Management Strategy is the initiative launched by the City of Johannesburg in July this year making it legally compulsory to separate at source. This is a prime example of the types of policies, structures and systems that cities and local municipalities across the country are going to need to begin instituting and implementing, in support of and in order to adhere to national legislation.

And, although the logistics of the City of Johannesburg’s programme are still being finalised and it will thus be rolled out in a staged approach, the ideal is that every household and public and private sector entities will take its fair share of accountability. This means ensuring that they separate their waste at their residence/buildings, using colour coded plastic bags – such as blue for glass and plastic, and green for biodegradable waste, for example – which will make it easier for the waste management company responsible for the collections to ensure that all the waste is appropriately recycled or disposed of.

Other initiatives that shouldn’t go unnoticed or commended is the efforts and commitments already being made by private companies to adjust some of their business practices.

For example, and in support of global and local movements against the use of non-degradable and plastic packing etc., several of the major South African retailers have begun introducing recyclable shopping bags. Woolworths has committed to making all its own-brand plastic packaging reusable and recyclable by 2022, while Pick ‘n Pay has become the first South African retailer to trial compostable bags, designed to break down after three to six months as opposed to 500 to 1 000 years. These retailers are to be commended for their efforts and should serve as examples to others in this industry.

While recycling offers many environmental benefits, its ability to also create jobs cannot be emphasised enough. In fact, the waste picker sector is on the increase, and plays a key role in South Africa’s recycling strategy. Further to this, waste pickers are reported to make between R290 – R770 from the waste they collect, demonstrating the potential of waste in creating an income stream for individuals.

As recycling becomes more of a national priority, it presents more opportunities for waste pickers to work as one-man-bands to support their families, or potentially to organise themselves into small businesses. With this in mind, if given the correct resources, the waste pickers can also become more empowered and hopefully employ other members of the community – thus further contributing to combatting unemployment.

Waste management can no longer be approached with a linear view – and we need to be thinking ahead, adopting an all-encompassing view, with innovative and best practice for recycling and waste reform. And, succeeding in this will take significant buy-in from Government, corporate South Africa and individual citizens – as every sphere of society has a shared interest and therefore an important role to play in adopting positive behaviours to reduce their waste, practice separating and recycling at source and contributing to the overall sustainable waste management aims of the country.

No money for Covid vaccines, but cadres demand 10% salary hike

Following recent reports that the ongoing looting of the state means that National Treasury has no money left to pay for life-saving Covid vaccines, it is appalling that some public sector unions are nonetheless demanding that their salaries be increased by as much as 10%. In the current context of profound suffering and rapidly accelerating economic decline, which was engineered by decades of ANC misrule and the government’s heavy-handed lockdown, this demand demonstrates callous disregard for the people of South Africa. Public sector union leaders appear willing to bankrupt our country as long as they are able to siphon even more money into the pockets of millionaire cadres. →