How to Steal a City – The Battle for Nelson Mandela Bay

How to Steal a City – The Battle for Nelson Mandela Bay 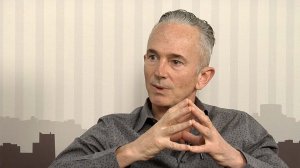 How to Steal a City is an insider’s account of this intervention, which lays bare how the administration was entirely captured and bled dry by a criminal syndicate, how factional politics within the ruling party abetted that corruption, and how a comprehensive clean-up was eventually conducted.

It is written as a gripping real-life thriller, taking the reader deeper and deeper into the rotten heart of the city. As a former senior government official and local government “fixer”, Crispian Olver was no stranger to dealing with dodgy politicians and broken organisations.

Yet what he found was graft that went far beyond the dodgy contracts, blatant conflicts of interest and garden-variety kickbacks he had seen before. It had evolved into a web far more sophisticated and deep rooted than he had ever imagined, involving mazes of shell companies, assassinations, criminal syndicates, and compromised local politicians. The metro was effectively controlled by a criminal network, closely allied to a dominant local ANC faction. What he found was complete state capture—a microcosm of what has been happening in South Africa’s national government.

But there was a personal price to pay. Intense political pressure and threats to his personal safety took a toll on his mental and physical health. He had to have a full-time bodyguard, and never maintained a regular routine. He eventually lost much of his political cover. Olver ultimately had to flee the city as the forces stacked against him started to wreak their revenge.

This is his story.

Crispian Olver qualified as a medical doctor in South Africa before joining government in 1994. He held several positions during his years in government, including, from 1999-2005, Director- General at the Department of Environmental Affairs and Tourism (DET), a role in which he helped to develop much of South Africa’s climate policy.

In 2015 he headed up a regional task team set up by Pravin Gordhan with the aim of rooting out corruption in the Nelson Mandela Bay metro. He is the founder and CEO of an environmental consultancy company called Linkd Environmental Services.