Home Affairs and the Immigration Amendment Act: So where to? 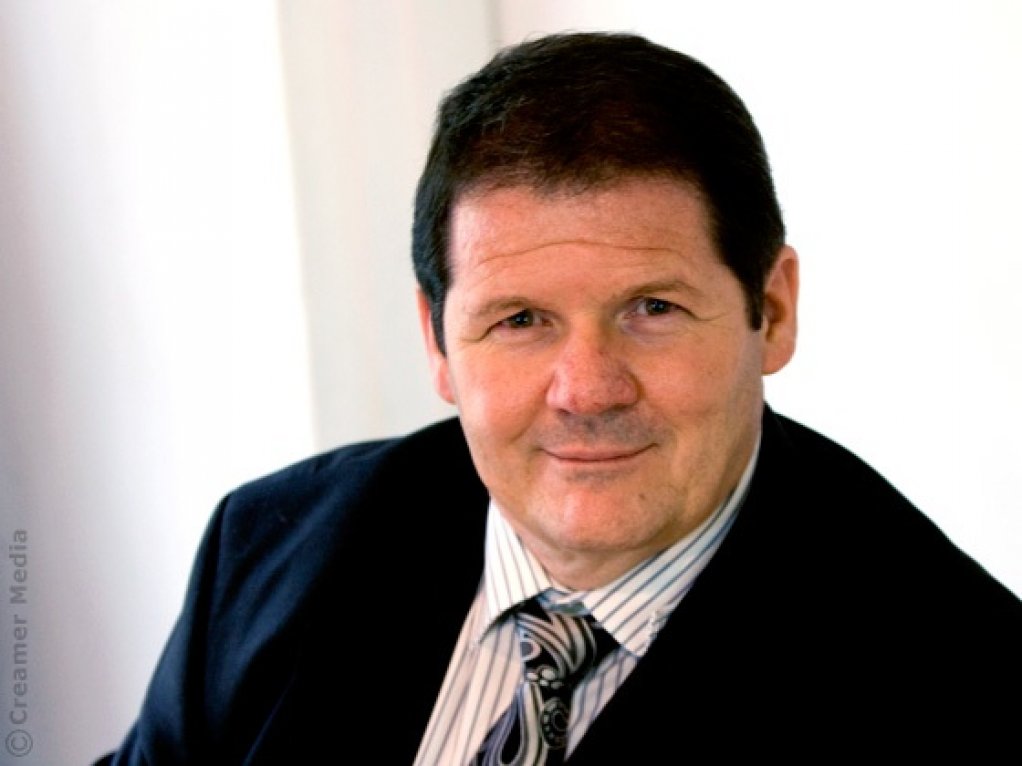 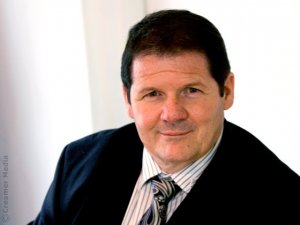 We now have a major amendment to our immigration legislation and processes.  But what is happening at Home Affairs?  Who, really, is at the helm of this critical Leviathan?  Where is he, she they taking it?

Whatever the answer, the National Development Plan is in danger of slipping from its radar screen. Minister Gigaba has his work cut out getting this Department into sync with those other Departments intent on developing skills and growing the economy through the NDP.
It may be premature, but if Home Affairs were to be marked now based on the contribution made by the Immigration Amendment Act, 2011, and its Regulations, to the NDP, it would surely get a fail mark!

In terms of inward investments, for infrastructural reasons some companies looking to enter the ‘African’ or South- or Southern African market do not have a choice where to be based.  They need to be based in South Africa.  It can also be because they need to enter the SA market itself (but more of them later).  But not all are in that position.  The Africa economy is a much bigger ‘pie’ than just South Africa.  So some companies have a choice where they can locate.  And critically, there are other African countries vying for exactly that investment.  And like other developing economies or, for whatever reason, less attractive destinations, these countries offer incentives.  And whereas tax breaks and the like can be problematic, a not-infrequent ‘lure’ is to ensure that work permits for expats and their families, are the least of the problems for these companies.

But some at Home Affairs (and some other Departments) seem to have their heads stuck in the sand.   They operate as if our security – and all that entails - is more important than jobs and the economy.   That was the message that emerged clearly from an interview the Director General of Home Affairs gave a radio station recently.  Having opened his comments with how important jobs were and the NDP was, there came a huge “BUT” and a lecture about security and South Africa being a sovereign state!.

When one called asked why our national borders were so porous, the Director General assured him that steps were being taken to address that.  The DG did not address the reality that, for example, the US / Mexico border is way shorter than our boundaries with our neighbouring states, that the US with all its technology and resources cannot “seal” its border – and the implications for the current obsession with sealing our own boundaries.

That there needs to be security, is not in dispute.  But currently the security component of the equation appears to disregard the implications of lost investment and growth.  Just in the last two weeks, for example, we have been advised by twice by offshore companies that Mauritius quite simply has far less red tape for them.

Surely the results of the elections and the ongoing protests must send a strong signal that our “red tape” is in danger of strangling us of critically-needed new investments.
And coming backs to companies that are – and need to be – based in South Africa, “treading water” is not an option.  Very crudely, they need to grow and deliver or they lose business and then jobs.  No economy in the world has all the skills it needs.  Our economy is no different.  So one of two apparent benefits to business in the new Immigration Act, is the critical skills visa.  The list of what are deemed to be “critical skills” was gazetted a few days ago.  Whilst the extended list of skills in some sectors is to be welcomed, the list is flawed.  It is flawed both because of what has been excluded and because of the process required to obtain such a visa.

Not to belabour the issue, but indicatively, the WEF report about South African marked our maths and science education emerged at the same time as the list of critical skills.  However flawed that WEF assessment might have been, most observers agree that the country is not where it should be when it comes to maths and science teaching.  So it was with some irony that it was noted that maths can science teachers, who had been on the previous scarce skills’ list, did not make it to the critical skills’ list.

And then we must also look at how one applies for a critical skills visa.  The ‘red tape’ phenomenon sneaks in at almost all stages of the process.  But take the example of a company that advertises for an urgently-needed critical skill.  If on paper the ideal candidate is based offshore, they have to be flown in for an interview.  If offered the post and they have family, they will want to be assured that the family will get into suitable schools, that housing and other issues are identified.  So all too often the family gets brought out.  If all the boxes are ticked, the offer gets accepted.  But all of this has a cost that the company must bear.

Until recently, like two weeks ago, to allow the company to get the intended employee to work as quickly as possible for the better benefit of the economy and with the least cost to the company, the candidate could then apply at his nearest Home Affairs’ Regional Office to change the visa they had come in on, to the appropriate work visa.

During the early Nineties Home Affairs required applicants for work permits to return home and apply for their permits from there.  But the in the late Nineties, Home Affairs figured out that this served little practical purpose and just added considerably to the cost to companies.  And so the practice was changed and this was captured in the first Immigration Act in 2002.  But once again, we choose to ignore the lessons of history.

Consequently candidates for critical skills visas (and any others) must return to their countries of origin, families and all, and apply at their nearest South African Embassy or mission.

But on top of that, every visa-applicant now needs to apply in person at the Embassy.

We need to remember that this is not a matter of living down the road from the nearest SA Embassy.  All too often these days, people have to travel for days to do so; and incur lost work time and hotel bills.  In one recent incident the company cancelled the proposed application for a transfer visa because it would have entailed their employee being out of the office for two weeks and would have cost in excess of a hundred thousand Rand.

This is apparently driven by the need to capture the biometrics of visa-applicants.  But candidates already have to submit comprehensive lists of police clearances with their visa applications.  These clearances can only be obtained, in most instances, upon presentation of an original set of fingerprints to the appropriate authority which has to verify the identity of the person whose fingerprints are being taken [and that is how one gets a clearance from the SAPS too]. So why not just do an extra set for Home Affairs?.  And the applicant’s original passport has always had to be presented whether to the Embassy or to Home Affairs inside the country.  So what is the magic about these biometrics?!

So, in real terms, the new process for the critical skills visa, only adds delay and costs for business.

But immigration is not just about getting appropriate skills into the country.  Let’s not forget the entrepreneurs and their role in job creation.  In a study [“American Made 2.0”] published at the beginning of 2014, it was pointed out that the market capitalization of immigrant founded firms in the US exceeded that of the Johannesburg Stock Exchange, at the time being the 17th biggest in the world. And the names of those immigrant-founded firms represented a veritable who’s who of modern, iconic brands – Google, Intel, Ebay, Facebook, LinkedIn and Sandisk (to name but a few).

Where does our Immigration Act stand on visas for self-employed foreign entrepreneurs?  They need business visas.  No foreign entrepreneur is going to get a visa to start up a venture in his / her garage unless they have in excess of five million Rand to bring into the country and that at least 60% of his/her staff will be South African – and forget the potential tax revenue  and downstream job creation etc.  Quite simply there is no policy on entrepreneurs: we do not seem to like them.

But looking at the policy approach from a different angle, less than 18 months ago, at a public hearing on the future of immigration policy some members of the portfolio committee on Home Affairs complained bitterly that foreign traders in the townships and informal settlements were able to sell their goods at prices less than “our” traders.
That concern spoke volumes about who has the ear of the ANC’s MPs and who doesn’t – as was confirmed by the support for the EFF in the last election.  It did not seem to matter to those MPs that those lower costs on basic foodstuffs allowed people on the breadline to stretch their budgets.  Their ears were instead being bent by traders seeking protectionist markets and closed borders.

But the undocumented migrant or refugee is not the problem.  They are not all traders and where do they buy their loaves of bread, their sugar, their tea, their meat?  They do not – and cannot - nip across the border to Zimbabwe or Somalia.

No-one sensible is saying that the doors to the country, must be flung open but when an expat being sent out to SA to establish the branch of a company here, cannot bring his or her life partner and their family to SA with him / her, because we (read “Home Affairs”) insist that the couple should have gone through a proper courtship of not less than two years during which the couple’s parents meet etc [as one official told a public meeting recently], something is not right.  That company will be making inquiries in Mauritius.

We have got the balance wrong.  We have lost sight of how important immigration can be to the country.

Keeping Home Affairs within security cluster may work for the neocons in government and some in Home Affairs, but it threatens to wreak havoc where it really matters – jobs, the economy and, ironically, our security. Perhaps Cabinet needs to adopt a more flexible approach to its cluster scheme.

The point is that a balance is needed – and currently, at a policy level, Home Affairs’ on immigration resembles one great speed wobble.  Minister Gigaba has his work cut out for him.

Is well-known Nigerian doctor correct about malnutrition in women and children?

Malnutrition is hurting growth in Nigeria’s commercial capital of Lagos, Dr Ibijoke Sanwo-Olu said at an event focused on nutrition policy.  Sanwo-Olu is a medical doctor and married to the state’s governor. In an April 2021 speech read on her behalf, she reportedly urged the state to approve two policies focused on nutrition.  →