History of South Africa: From 1902 to the Present – Thula Simpson

History of South Africa: From 1902 to the Present – Thula Simpson 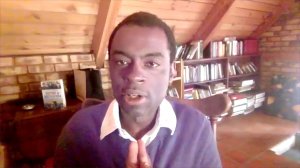 ‘Narrative history at its best. With prodigious detail and eloquent prose Simpson places Black South Africans at the centre of the country’s historical evolution and claims his place at the head table of contemporary historians. A masterpiece!’ – Xolela Mangcu

South Africa was born in war, its growth has been marked by crises and ruptures, and it once again stands on a precipice.

History of South Africa explores the country’s tumultuous journey from the aftermath of the Second Anglo-Boer War to the Covid-19 pandemic. Drawing on never-before-published documentary evidence – including diaries, letters, eyewitness testimony and diplomatic reports – the book follows the South African people through the battles, elections, repression, resistance, strikes, insurrections, massacres, economic crashes and health crises that have shaped the nation’s character.

The book gives detailed accounts of definitive events such as the 1922 Rand Revolt, the Defiance Campaign, Sharpeville, the Soweto uprising and the Marikana massacre. Looking beyond the country’s borders, it sheds light on the role of people such as Mohandas Gandhi, Winston Churchill, Fidel Castro and Margaret Thatcher, and unpacks military conflicts such as the World Wars, the armed struggle and the Border War. The book explores the transition to democracy and traces the phases of ANC rule, from the Rainbow Nation to transformation, state capture to ‘New Dawn’. It examines the divisive and unifying role of sport, the ups and downs of the economy, and the impact of pandemics from the Spanish flu to AIDS and Covid-19.

With South Africa currently facing a crisis as severe as any in its history, the book shows that these challenges are neither unprecedented nor insurmountable, and that there are principles to be found in history that may lead us safely into the future.

Thula Simpson is an associate professor at the University of Pretoria. His earlier research focused on the ANC’s liberation struggle, and his first book, Umkhonto we Sizwe: The ANC’s Armed Struggle, was published by Penguin in 2016.

History of South Africa: From 1902 to the Present is published by Penguin Random House South Africa