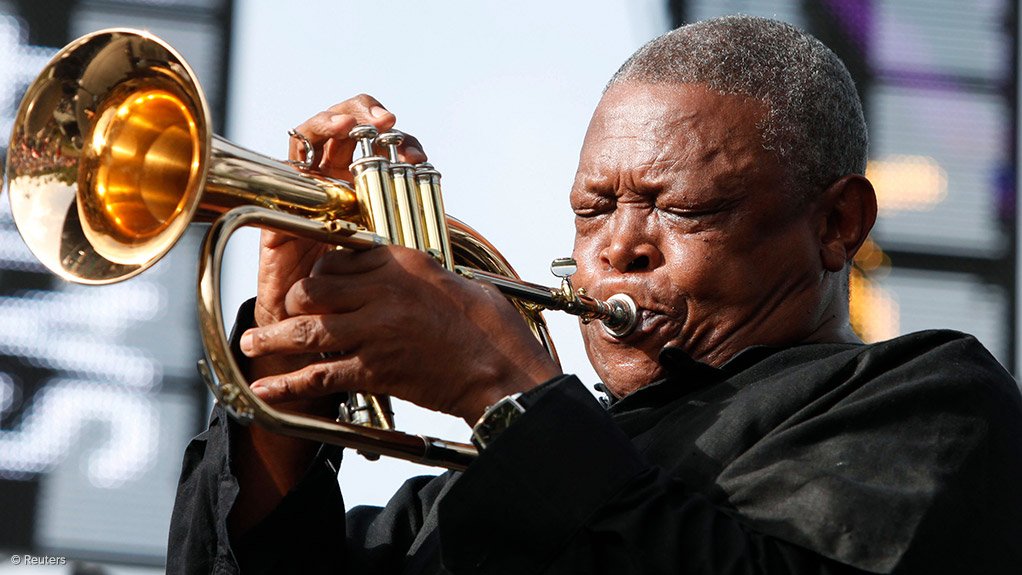 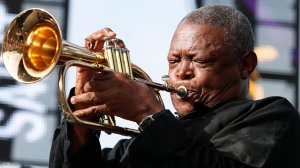 The music has fallen silent today, but for the briefest of moments,

for the music shall live on.

Bra Hugh has left us, he has left this earthly abode to join the giants of jazz who shall welcome him with warm embraces.

Bra Hugh was a legend, a word used often, but today all the more true.

When his trumpet sang the heart-rending tones of exile,

the freight train barrelling down, shaking the ramparts of Apartheid brutality,

the harsh pain of a people, fighting the oppression of racial segregation,

Bra Hugh was there.

Bra Hugh was there in Sof'town,

walking tall with his comrades-in-song,

Bra Hugh was there in Alexandra, among the people, as he always was,

and it rang out loud,

shaking the foundations of hegemony and racism.

Bra Hugh has passed on.

yet Bra Hugh lives on.

Bra Hugh is hewn into the fabric of South Africa,

he mingles in the blowing winds,

in the African rains,

in the spirit of a people that can never be blunted,

Bra Hugh lives and walks amongst us still,

just as his principles,
his values,
his music,

Afzal Moolla was born in Delhi, India while his parents were in exile, working as political exiles against Apartheid in South Africa. He then travelled wherever his parent’s work took them, spending time in Egypt, Finland, and Iran.  Afzal works and lives in Johannesburg, South Africa.

This poem was first published on Afzal Moolla's personal blog.