Guns and Needles: A journey into the heart of South African sport’s steroid and drug culture – Clinton Van Der Berg

Guns and Needles: A journey into the heart of South African sport’s steroid and drug culture – Clinton Van Der Berg 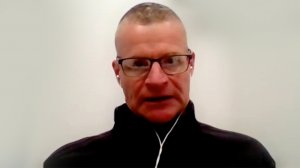 ‘"One early Sunday morning I got a call telling me Bull is dead. I raced to his flat, only to find that his body had already been removed. They told me about the syringe sold to him to give him muscles but [which] killed him instead." – excerpt from Guns and Needles

South Africa revels in its reputation as a sport-loving country. Yet just beneath the surface lurks a dark underbelly that reeks of cheating and illicit shenanigans, where shady characters and willing athletes are prepared to do whatever it takes to come out on top. South African sport is awash with steroids, a habit that formed in the late 1980s and continues unabated today, with participants and champions alike opting to play dirty.

Guns and Needles infiltrates an extraordinary environment that includes the story of the youngest athlete, who happens to be a South African, to ever test positive. With doping numbers far higher than the international average, prominent sportswriter Clinton van der Berg probes why this is so. Many of the stories have never been told, including that of the death of a young rugby aspirant and the bodybuilder who talks candidly of his thirty-year odyssey with steroids. Guns and Needles also unmasks the rampant level of steroid use in schoolboy rugby and the prominent busts at senior and Springbok level, while examining the murky steroid underworld and related deaths, as well as the doping culture in boxing, athletics and other sports.

This is a gripping read filled with drama, tragedy and scarcely believable stories.

Clinton van der Berg is an award-winning sportswriter who has walked the beat since the late 1980s, reporting on international athletics, rugby and boxing. He first toured with the Springboks in 1995 and subsequently reported on major events across the world, including championship boxing in Las Vegas and the Olympic Games. Clinton worked for seven years as a reporter and senior writer at the Sunday Times and another eight as sports editor. He is currently the head of communications at SuperSport, a position he has held for twelve years, and has contributed to several international publications, including the London Sunday Times and Irish Independent, and, locally, SA Rugby magazine, Equinox and the Sunday Tribune, among others. He is the author of Chasing the Dream, Olympic champion Ryk Neethling’s autobiography.

Guns and Needles: A journey into the heart of South African sport’s steroid and drug culture is published by Penguin Random House South Africa