Give Us More Guns: How South Africa's Gangs Were Armed – Mark Shaw

Give Us More Guns: How South Africa's Gangs Were Armed – Mark Shaw 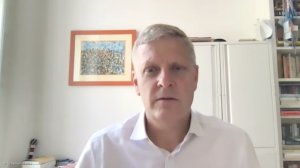 The assassination of police investigator Charl Kinnear in Cape Town in 2020 was yet one more in a spate of murders related to the wider ‘guns to gangs’ saga in which state weapons are sold to South Africa’s criminal underworld.

It began in 2007 when Colonel Christiaan Prinsloo and his cronies began hawking thousands of decommissioned police weapons to gang lords. The subsequent investigation exposed the fault lines of conflict within the SAPS itself, raising serious questions around the effectiveness and conduct of policing, most notably within Crime Intelligence.

The sale of weapons to criminals, which the police service has tried to downplay, has resulted in a killing spree of unprecedented proportions.

It is one of the deadliest crimes of post-apartheid South Africa. Cape Town’s murder rate increased significantly with the city becoming one of the most violent places on earth.

Give us more Guns, based on hundreds of interviews with police, experts and the gangsters themselves, tells the story of this callous crime for the first time. Mark Shaw explores how the guns get into the hands of South Africa’s crime bosses and describes the bloodshed that ensues. He also uncovers accounts of rampant corruption within the police and in the state’s gun licensing system, probing the government failure that has been instrumental in arming the country’s gangsters.

ABOUT THE AUTHOR
Mark Shaw is author of Hitmen for Hire (Jonathan Ball Publishers, 2017) and director of the Global Initiative Against Transnational Organized Crime.

Give Us More Guns: How South Africa's Gangs Were Armed is published by Jonathan Ball Publishers