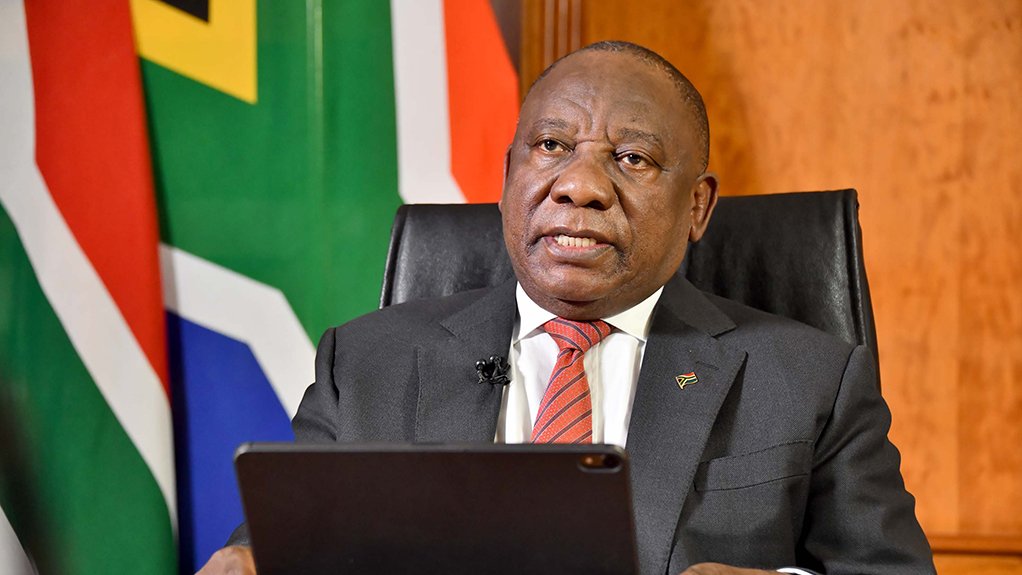 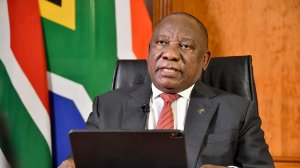 South African President Cyril Ramaphosa on Wednesday decried the current wave of women abuse and murder sweeping across parts of the country, particularly at the hands of intimate partners.

“It is with the heaviest of hearts that I stand before the women and girls of South Africa this evening to talk about another pandemic that is raging in our country – the killing of women and children by the men of our country.

"As a man, as a husband and as a father of daughters, I am appalled at what is no less than a war being waged against the women and children of our country,” Ramaphosa addressed the nation from Pretoria.

“At a time when the pandemic has left us all feeling vulnerable and uncertain, violence is being unleashed on women and children with a brutality that defies comprehension. These rapists and killers walk among us.

"They are in our communities. They are our fathers, our brothers, our sons and our friends; violent men with utterly no regard for the sanctity of human life.”

Ramaphosa said over the past few weeks, no fewer than 21 women and children have been murdered in South Africa.

“Their killers thought they could silence them. But we will not forget them and we will speak for them where they cannot. We will speak for Tshegofatso Pule, Naledi Phangindawo, Nompumelelo Tshaka, Nomfazi Gabada, Nwabisa Mgwandela, Altecia Kotjie and Lindelwa Peni, all young women who were killed by men,” Ramaphosa said.

"We will speak for the innocent souls of Tshegofatso Pule’s unborn daughter who had already been given a name, six-year-old Raynecia Kotjie and the six-year-old child found dead in the veld in KwaZulu-Natal. They are not just statistics. They have names and they had families and friends.”

Ramaphosa commended the South African Police Service (SAPS) for their “excellent work” in arresting almost all of the alleged perpetrators.

“As these suspects make bail applications this week, I have the utmost confidence that our courts will send the strongest of signals that such violence has no place in society,” Ramaphosa said.

During the lockdown to curb the spread of Covid-19, Ramaphosa said South Africa has ensured that survivors of gender-based violence have access to support and services, including the GBV hotline, shelters and centres providing support to victims of sexual violence.

“Since December last year, 10 government-owned buildings have been handed over to the department of social development to be used as shelters, addressing one of the biggest challenges facing survivors who want to leave abusive relationships.

"Over the last 18 months, we have made demonstrable progress in broadening access to support for survivors,” Ramaphosa said.

He said South African courts have been firm in dealing with cases of gender-based violence even during the lockdown, handing down life sentences and multiple life sentences to perpetrators.

“I want to assure the women and children of South Africa that our criminal justice system will remain focused on gender-based violence cases and that we can expect more arrests and more prosecutions against perpetrators to follow.

"The perpetrators of violence against women and children must receive sentences that fit the horrific crimes they commit,” he said.

“It is deeply disturbing that the spike in crimes against women and children has coincided with the easing of the coronavirus lockdown. According to the police, violent crime – especially murders and attempted murders – has increased since alert level 3 took effect on 1 June. Cases of abuse of women and children have also increased dramatically.”

Ramaphosa said the time has arrived for individuals in South Africa to ask themselves some very difficult questions as a society.

“In particular, we need to examine the effect of alcohol abuse not only on levels of violence, but also on road accidents and reckless behaviour.

"Several international and domestic studies show clear linkages between alcohol abuse and gender-based violence. Of course, it is not alcohol that rapes or kills a woman or a child. Rather, it is the actions of violent men,” Ramaphosa said.

“But if alcohol intoxication is contributing to these crimes, then it must be addressed with urgency. We need to draw the lessons from this lockdown and decide how we can protect our society from the abuse of alcohol.

"Certainly, we need to provide greater support to people with drinking problems, including through rehabilitation and treatment. We need to encourage responsible drinking, especially among young people,” the president said.

The African National Congress got another bloody nose this week when it failed to overturn a previous court ruling that it must pay R120-million it owes to a KwaZulu-Natal-based marketing company for the supply and erection of PVC banners in the run-up to the 2019 elections. The attorney acting for the company, Ezulweni Investments, has now said that unless the party pays up by close of business on Thursday, it will consider initiating liquidation proceedings. A full bench of three judges sitting in the South Gauteng High Court in Johannesburg dismissed the ANC’s appeal, with costs, and confirmed a previous order that the money was owed and must be paid. Judge Leicester Adams, writing on behalf of Judges Motsamai Makume and Mpostoli Twala, said on all the available evidence, the ANC was liable to pay the debt on the basis of an verbal agreement. →