Facilitators of State capture in SA

Facilitators of State capture in SA 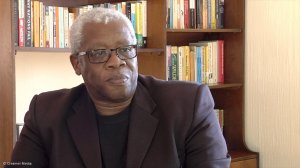 The State capture commission of inquiry is under way. The picture that is beginning to emerge is that of a South Africa where, by the time former President Jacob Zuma left the stage, corruption was no longer endemic because it had become systemic. In other words, by the time Zuma was forced to resign, corruption had become the dominant culture in the State.

How did we get to this point?

With the advent of democracy in 1994 came the change in the relationship between the African National Congress (ANC) and State power. In other words, access to political power through ANC structures and factions is no longer an end in itself but has become the means towards the achievement of other ends, particularly those related to narrow economic and business interests.

This is not to suggest that there were no corrupt elements in the ANC before 1994. In fact, some of the tensions in the ruling party can be traced back to the time when the ANC was a banned organisation in exile and underground. Competition and conflict over resources were part of the life of the ANC even then. Further, some form of social distance did develop between the rank and file and elements of the ANC leadership and establishment.

The social distance was, in part, a function of the culture of entitlement that infected parts of the ANC establishment. Some members of the ANC elite seemed to think that access to resources of a better quality and in bigger quantities than those available to the rank and file was the sole preserve of the leadership. Obviously, in our postapartheid setting, there is more to fight about since ANC elites at municipal, provincial and national level have access to more chocolate and sweets than Willy Wonka had in his chocolate factory. This elite culture of entitlement is exacerbated by the sense of impunity that comes with arrogance of power, which, in turn, is fuelled by a God complex.

For the better part of the past 24 years, the biggest facilitator of corruption and State capture was the uncompetitive nature of our electoral landscape. The lack of substantive uncertainty in our electoral environment produced the single-party dominance of the ANC, and this resulted in two things: institutional uncertainty and insensitivity towards the needs and interests of ordinary citizens. For too long since 1994, the ANC had no incentive to tackle the abuse and misuse of State power because an electoral loss fell outside the realm of possibility.

Another facilitator of corruption and State capture is the renting out of portions of State power to private individuals, entities and networks. These networks, I believe, consist of political, economic, criminal and intelligence dimensions, which, to me, means that the State capture judicial commission of inquiry is, in all probability, dealing with a very small part of a gigantic iceberg.

Be that as it may, I will confine myself to the narrow conceptions of State capture that have been animating the popular imagination over the past few years. In that regard, State capture was facilitated by many things, but two are worth mentioning: first, the decline of the ANC at a strategic, leadership and moral level and, second, what I refer to as the askari impulse – a conscious and deliberate attempt by wolves and agent provocateurs in ANC sheepskin whose mission is to destroy the ANC, the State and the economy. In my view, some of their handlers have dominant interests in the global and domestic economies, while others are handlers of some elements in the ANC only to the extent that they seek to preserve the benefits of whiteness.

Other handlers are members of the ANC who are part of hidden hierarchies that exist in the interests of narrow ethnic, racial and tribal agendas. The most sophisticated among those who have succeeded in turning some ANC leaders into errand boys are those who capture the State through policy measures. Because of our predilection for the reduction of political battles to fights between angels and devils, these handlers must win the battle for mindshare so that the gullible regard them as the ‘good guys’.

It is, therefore, with more than a hint of cynicism that I have been watching the State capture inquiry. It is good television. It is captivating political theatre. It seems, to me at least, that the commission should have been staged at the State Theatre because, in my view, it is a branch of the court of public opinion and an extension of the battle for mindshare. I am not suggesting that there has been no State capture. I am not even suggesting that the commission is to blame. All I am saying is that the ‘guilty’ parties should have been prosecuted.

Municipalities can play a key role in South Africa’s economic development. Here’s how

Local economic development and better municipal service delivery are vital if South Africa wants to broaden economic participation and reverse its unemployment trend. To achieve these objectives, it is necessary to strengthen municipal finances and investment. Good municipal governance is a prerequisite. Intermediate city municipalities have an important role to play, because urban development is critical for growth and investment. It may also reduce the pressure caused by urbanisation to metros. →