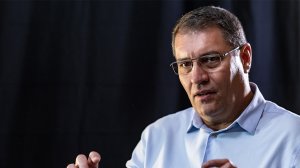 JOHANNESBURG (miningweekly.com) – The executive team of Orion Minerals is re-evaluating the development schedule of the Prieska copper/zinc project to assess the potential for its fast-tracking.

Also flagged is the opportunity to extract pillars left by historic mining.

“This could present a major breakthrough for the project,” upbeat Orion CEO Errol Smart said on Thursday, when he spoke to Mining Weekly in a Zoom interview. (Also see attached Creamer Media video.)

The early production investigations, which are due for completion by mid-year, coincide with prevailing positive macroeconomic factors and the continued long-term positive outlook for both copper and zinc prices.

If given the thumbs up, opencast mining would run concurrently with the 33-month development phase of the underground Prieska Deeps mine, rather than at the end of the project life, as was planned in the 2020 bankable feasibility study (BFS).

The focus is to reschedule the feasibility study’s phased implementation, with the studies underway assessing the potential to mine the openpit first, rather than at the end of the mine life, and for this to concur with the 33-month dewatering and mining development schedule for the 200 000 t/m Prieska Deeps mine.

“This alternative scenario is looking increasingly like the route we should go down,” said Smart.

The early production scenario relies on the material assumptions for the mine plan already incorporated in the 2020 BFS.

The pillars left by historic mining are soon to be tested shortly as part of a 3 500 m underground drilling programme to allow for their inclusion in the mineral resources and reserve estimation.

Engineering studies indicate that many of the pillars – left in a grid pattern purely as ground support in the absence of modern backfilling – would not be required for continued geotechnical stability of excavations if cemented tailings filling from the opencast mine were placed in the historical voids, as planned in 2020 BFS.

Using cemented openpit mine tailings to back-fill the historic voids also provides a rethink opportunity on the size of the planned tailings storage facility, which has a high upfront capital cost.

Also being developed now by Orion and South Africa's Industrial Development Corporation (IDC) – which like Prieska is also in the Northern Cape – is the promising high-grade sulphide copper project at O’Kiep, which is at a shallow 50 m.

Meanwhile, negotiations with multiple banks and financing institutions for the funding of Prieska's Deeps mine, which are continuing as a priority, are not affected by the engineering studies and financial assessments of early production value enhancement scenarios underway.

The 2020 BFS outlines the plan to re-establish Prieska Copper mine, which was previously operated as an underground mine between 1971 and 1991 when 46-million tons mined produced 430 000 t of copper and 1.01-million tons of zinc in concentrates.

“The Prieska project is something special in that it is a relatively large base metals project in South Africa but it’s going to take four years to build and it’s a big capital ticket,” said Smart.

“Over the last while we’ve been taking a lot of investors and financiers to site and people look at our openpit, that we’ve planned to mine in 30 years’ time, which is very high grade because it's a 1.9% openpit. And they say ‘why don’t you mine this upfront’, and it was always a Catch 22,” he said.

“So, the world has changed – and there’s one thing about copper, it seems to be the one certain thing for the medium-long-term future, so, we do need to start looking through different eyes,” said Smart.

While the openpit study was always planned to be mined at 100 000 t a month in year 13, mills are already on order, deposits paid to Eskom for power connections, which has prompted Orion to start asking itself about getting production going earlier.

It was always about there being insufficient tons. The openpit’s Joint Ore Reserves Committee- (Jorc-) compliant sulphide tonnage is roughly 1.1-million tons.

“We can only really speak about the Jorc-compliant stuff and do financial projects on Jorc-compliant economics. But we do know that there’s a lot of oxide copper there as well,” said Smart.

It has not been estimated yet because of its different geostatistics but the intention was always to pile the oxides separately during mining and to just mine the sulphides. Now the oxides are one additional source of ore that may come into play.

At the same time the remnant pillars have been attracting increasing attention.

“These pillars are quite an interesting, attractive thing because it’s a predeveloped mine. You’ve got all these ramps and declines that you can drive trucks into and you can haul out to surface and there’s ore sitting in these pillars.

“We know that Anglovaal, when they did their mine planning, they allowed from 20% of their ore to be left behind as pillars for stability purposes. But we are going to be mining with pasted backfill.

“We’re going to take our waste, our tailings, mix it with cement, and pump it back into the voids, and basically create support, which then means that you can actually extract these pillars.

“On the back of a match box a person says they’ve already mined 46-million tons and asks how much of that is actually remaining that we can extract and whether there is potential there to give us another year or two of mining at 1.2-million tons per annum,” he said.

Orion has the benefit of being able to use the historic Anglovaal data for management expectations but it may not report that to market ahead of verification through drilling to Jorc standard and the Jorc resources that can then very quickly be taken to reserve status.

“Many people who have followed Orion’s story over the years ask how we moved so quickly from acquisition to reserve with this project in the past. It was because we could rely on the Anglovaal data and results.

“They are very high-quality, high credibility exploration results. Their mining engineering and surveying stuff was superb, so we can rely on it. What we’ve got to do is a lot of verification work to take it to modern stock exchange standards and that’s what we're busy doing now,” Smart said.

Internally management have already done the study to determine the likely economic grade of those pillars ahead of taking them to reserve status.

That changes Prieska. All of a sudden from being a mine that will take 36 months after financing is in place to have the first revenue to a mine that can be in production in 19 months and potentially come online in late 2024.

Many visitors to the site have for long queried the absence of an early start owing to the modest amount of capital required.

The early start does not have to interrupt the mining of the Deeps mine, which is the first prize and the main long-term, long-life project.

It can be separately financed and run as a project on the side at a time of high-flying copper price.

Mining Weekly: What sort of money will the early start generate?

Smart: I’d love to tell you that but unfortunately the ASX and the Jorc tells me that I can’t do that yet, but I do know that in six months, we will be able to tell you that we’ve done our calculations. We’ve got to do some confirmatory work and when we leave that we can get a feasibility study confirmed to the point that by mid-year this year, we’ll be able to say with a high degree of accuracy what that cost is and what the profitability of doing this mining is. We’re quite upbeat about it. I must say my management team have come back in 2022 and there’s a spring in their step again. Everybody’s getting going and it’s nice to see that. It feels like what we were doing in 2018 when everything was running at a high pace. We’re getting back into that mode again.

So, if an early start gets the nod and funding is there, you’ll be producing your first copper and zinc 19 months later, instead of 36 months later?

That’s right, yes, and cash flow is king in this industry and we’ll be bosses of our own destiny. The ability to start training a labour force by commissioning a plant earlier on a more modest scale. Starting underground mining on pillars but using the same machines and the same equipment and doing backfilling, commission your plants and equipment, is nice to do over a period of time while we’re dewatering the Deeps mine and getting it prepared, we hit the ground running. We’ll be a skilled, well-oiled machine at that point. There’s a big benefit in doing that and the sooner we can get moving on the ground, the better for our communities and our supply chain. It’s important for South Africa and we’d like to get that moving as soon as possible and this brings an opportunity to just get it going a lot earlier.

How long will it take until the mining of the Deeps mine begins?

That’s got to be confirmed by the feasibility studies but let’s say that we have finished our feasibility study by mid-year this year, and that we’ve got financiers lined up to fund it, the actual premining, prestripping and plant construction would start immediately. Remember Prieska is a fully licenced mine. This mine is ready to go. We've got all the permitting in place, we’ve got the water-use licences. We have got the permission to mine openpit mining there. There’s no permissioning required. We can get going immediately. We’ve started the process with Eskom power connections, we’ve paid the deposits on the mills. The long lead time items are already in progress because we’re going to use those for the Deeps mine any way. But let’s say that we get going mid this year, we should be in production early 2025. It’s going to be an interesting race between the Prieska team and the O’Kiep team to see who produces that first copper but the fact that we’ve got high-grade sulphide copper at O’Kiep at 50 m, as we announced last week. That’s a big benefit. We’ve got a scoping study done there already, it’s work in progress. We’ve got the IDC as a development partner there. There’s an interesting race setting off at the moment and it’s nice to see positive tension in the team.

In this market at the moment, we’re beating off offtake, we’re swatting with swatters. Everybody wants good quality copper concentrate and that’s the one certainty we’ve got. We know that we can produce good quality copper concentrate. There’s quite a number of people we’re speaking to and we’re also in some interesting discussions about streaming arrangements because if you go back to our announcements when we were drilling the openpit, we drilled some very high-grade gold and silver and possibly that opens the door to an alternative source of finance.