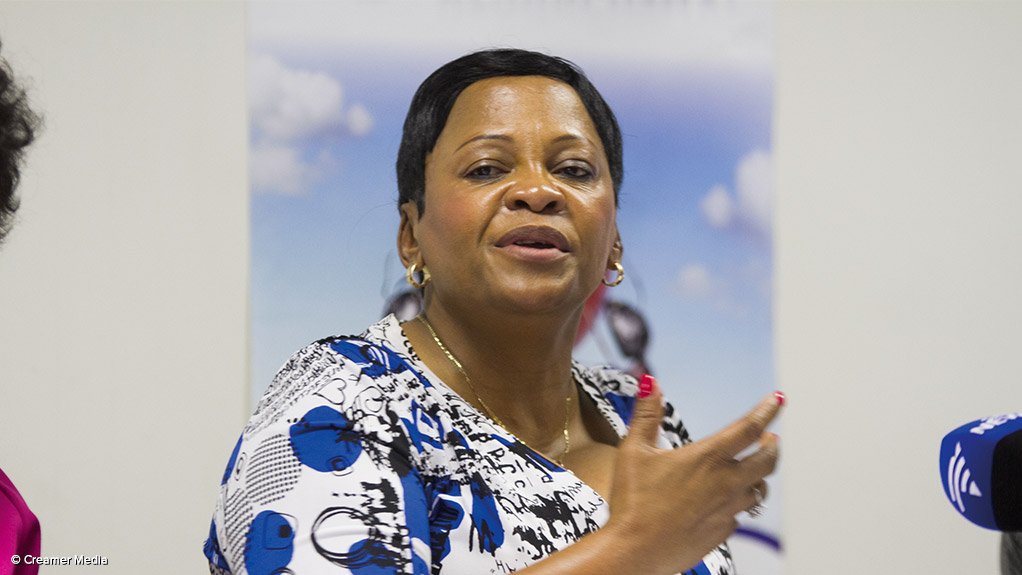 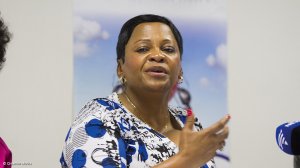 Photo by Duane
Minister of Water and Sanitation Nomvula Mokonyane

The Indaba is an outcome a meeting held on 07 March 2017 between the provincial and national governments in an attempt to assess the Western Cape Drought situation and to map out interventions necessary to guarantee the current and future water supply of the province in the midst of extreme drought that has affected the province.

The Western Cape Province is situated largely in a winter rainfall area, which is characterised by wet winters and dry summers. The province was therefore not affected the Cyclone Dineo induced rains that most of the provinces benefited from in February. By the end of February 2017, the City of Cape Town was declared a disaster area.

Dam levels in the province are at 20.1% with an unoptimistic weather outlook noting that the winter rainfall season may not yield enough rain to immediately improve the dire water situation of the province.

"The situation in the province is dire and as a department working with the province we are committed to accelerating the Berg River-Voelvlei (Phase 1) augmentation scheme to allow us to divert surplus winter water into the Voelvlei Dam, the Table Mountain Group Aquifer, the promotion of water re-use technologies, rain water harvesting and importantly, draw on our experiences in commissioning the Richards Bay desalination plant to consider possible similar solutions for the Western Cape" said Minister Mokonyane.

A team comprising officials from the Department of Water and Sanitation, the National Disaster Management Committee working with the province and local government has been actively engaged in ensuring that short to medium term solutions are fast-tracked to guarantee the water security of the province in the long-term.

The Minister also encouraged municipalities to intensify their operations and maintenance work on water and sanitation infrastructure in the province. "Currently as a country we lose over R 7 billion in water losses and must improve our ability to maintain our infrastructure, to repair leaks rapidly and to operate our water systems efficiently to ensure we save what we have and use it wisely" added Minister Mokonyane.

The indaba is expected to provide multi-stakeholder inputs on the drought and provide added sectoral and professional inputs into the solutions necessary to create a sustainable water future for the province.

Issued by GCIS on behalf of the Department of Water & Sanitation

Rumours of Vaccine Registration of the Elderly are false

The Department of Health alerts the public about the rumours circulating on the social media claiming that the registration is now open for the elderly people of 65 of age are obnoxious and completely false. These rumours are design to cause panic and unnecessary public disquiet. We urge the public to ignore such rumours and disinformation. →