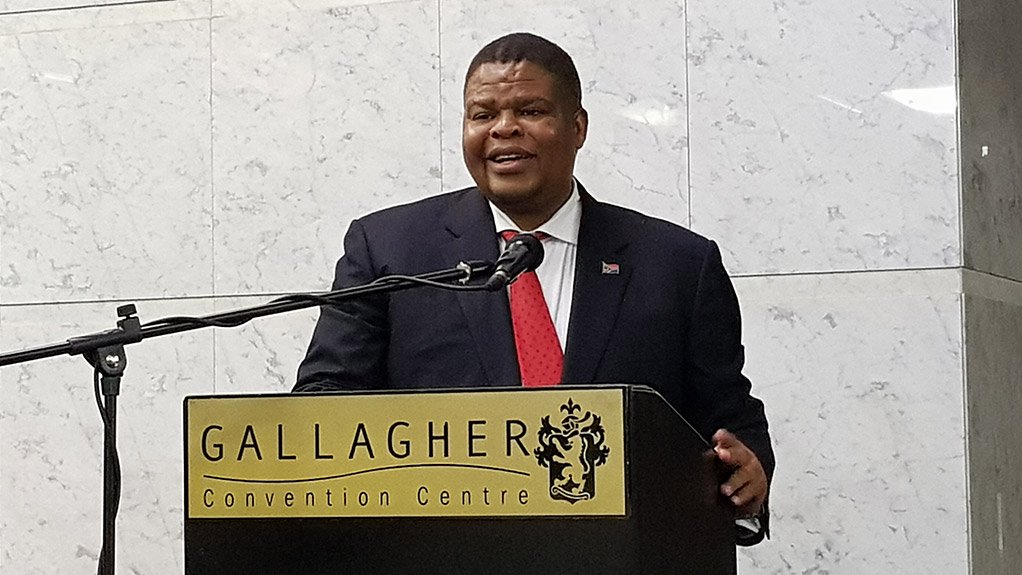 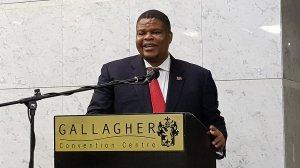 The Deputy Minister of Water and Sanitation David Mahlobo

The Deputy Minister of Water and Sanitation Mr David Mahlobo has sent a stern warning against illegal water use, while also reiterating government’s commitment to enhance the provision of water to affected communities in different parts of the country.

Deputy Minister Mahlobo was speaking during the National Assembly question and answer session on Wednesday, 01 December 2021. He said the Department of Water and Sanitation (DWS) is mandated by the constitution to provide water for all citizens and was working tirelessly to ensure it upholds its constitutional mandate.

“The constitution implores us that water is a right and it is a right to life. Therefore, it is uncalled for to waste or block water from others. South Africa is a water scarce country and very drop of water should be shared equitably,” he said.

“The illegal building of dams is concerning because in most cases, we do not even know the materials used to build those dams. It goes without saying that this has a detrimental effect on other water users and the ecosystem. The areas of concern are in the Western Cape in Breede Gouritz and in Limpopo and Mpumalanga Provinces,” said Deputy Minister Mahlobo.

He added that the Department through its Compliance, Monitoring and Evaluation Unit, is making significant progress to ensure transgressors are held accountable through regular dam safety inspections and proactive investigations where illegal dam owners are directed to demolish the illegal dams.

“We report cases of illegal dams to authorities as mandated by law. There are about 174 cases reported to law enforcement agencies and some are in various stages of internal engineering assessments by DWS engineers for successful prosecution,” added Deputy Minister Mahlobo.

Deputy Minister Mahlobo urged members of the public to report illegal water use and infrastructure vandalism to local authorities as the Department continues with the effective implementation of bulk water projects across the country.

With 4 days left before the 27 January 2022 deadline to reach financial close for the repeatedly delayed Risk Mitigation Independent Power Producer Procurement Programme (RMPIPP), the lack of a status update from the Department of Mineral Resources and Energy (DMRE) raises the prospect of yet another deadline extension and a programme on the verge of collapse. For the RMIPPP to proceed to implementation stage, preferred bidders should already have secured Environmental Impact Assessment approvals, port authorisations, pipeline agreements, power off-take MoUs and fuel purchase agreements. However, all indications are that the bidders are yet to meet some or all of these mandatory requirements. →