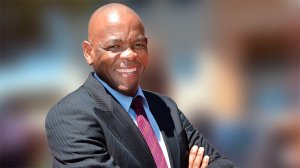 The Democratic Alliance (DA) in the Free State urged new African National Congress (ANC) president Cyril Ramaphosa to take action against the party's secretary general, Ace Magashule, who has been accused of corruption linked to the Gupta family.

''Ramaphosa, deal with Ace and [Mineral Resources Minister Mosebenzi] Zwane ... maybe we will then believe you that you are serious about corruption. They have stolen so much from the poor in the Free State and the country,'' said provincial DA leader Patricia Kopane at a protest outside the Free State government offices in Bloemfontein on Thursday.

On Wednesday night Ramaphosa's boss, President Jacob Zuma, handed in documents containing representations aimed at dissuading the National Prosecuting Authority (NPA) from reinstating decade-old corruption charges against him. In recent weeks calls for the removal of Zuma have begun to crescendo.

However, the newly elected ANC president has said the removal of Zuma must not be done in a manner that humiliates him.

''The truth is that the ANC only talks about fighting corruption but does nothing. If they were to take corruption seriously, there would be very few comrades left as ministers, MECs, and Councillors. While Ramaphosa says nice things, the evil of corruption continues to rob our people.''

Magashule, who is on his way out as Free State premier following his election in December as ANC secretary general, faces damning accusations of corruption regarding the Estina farm diary project in Vrede.

Last month, the NPA’s asset forfeiture unit seized the Gupta-linked farm in what is said was an effort to recover funds allegedly looted from state coffers.

Millions of rand from the provincial government were allegedly syphoned through the diary project under the guise of empowering locals as dairy farmers. Zwane was provincial MEC of Agriculture at the time the Estina project got underway.

The Directorate for Priority Crimes, known as the Hawks, recently raided the Free State premier's office and that of the agriculture department as part of the investigation.

Magashule has since denied any wrongdoing.