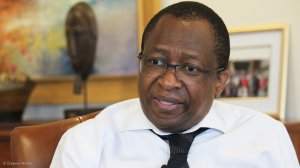 The 2021 local government elections will be held on November 1.

Voters with physical infirmity or disability, or those who will be away from their voting districts on election day, can choose to vote at a voting station or during a home visit.

Applications for special votes opened on September 20 and will close at 17:00 on October 4.

Mamabolo appealed to those who will be working on November 1 – such as police officers, nurses, doctors and members of the media – to apply for special votes.

He was addressing a virtual summit themed ‘Ending the Pandemic and Building Better Health Security to Prepare for the Next’, at the invitation of US President Joe Biden.

The summit envisaged an agreement by leaders on four targets, aimed at creating lasting solutions to combatting Covid-19 and future pandemics.

Ramaphosa has been central in the global leadership response to the pandemic over and above being the Covid-19 Champion for the African Union and the African continent.

He noted that the commitment made to vaccinating at least 70% of the world’s population by 2022 had not even reached 10%.

And, Gauteng, Limpopo and North West have exited third wave

The National Institute for Communicable Diseases confirmed that three provinces have exited the third wave.

NICD's head of the division of public health, surveillance and response Dr Michelle Groome said Gauteng, Limpopo and North West have exited the third wave according to the current wave definitions.