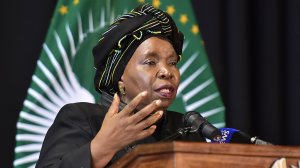 The Quarterly Labour Force Survey shows that 204 000 jobs were gained between the second and third quarter of 2022.

The largest job gains were in manufacturing, trade, construction and transport.

Job losses were however recorded in the finance sector, private households, mining and agriculture.

South Africa's unreliable power supply and its high level of government debt are two of the main risks to its financial stability, the country's central bank said on Tuesday.

Africa's most developed economy has seen 170 days of rolling blackouts this year due to a maintenance backlog of State utility Eskom's ageing coal-fired power plants.

This has not only hit corporate productivity but also hurt investor sentiment, the South African Reserve Bank said in its biannual health check of the financial system.

It said insufficient and unreliable electricity supply is likely to threaten the viability of some corporates, especially small and medium-sized enterprises and, added that this could spill over into the financial sector.

And, Analyst says Dlamini-Zuma should not be ruled out of ANC presidential race

In a video posted on social media, Dlamini-Zuma thanked those who were campaigning on her behalf.

Political analyst Ongama Mtimka said the ANC presidential race was not over and pointed out that Ramaphosa and Mkhize were both facing comprosing scandals.

He said while her chances may look very slim at the moment, Dlamini-Zuma is still in with a chance.