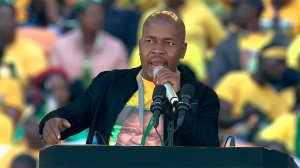 The ANC’s Ekurhuleni chairperson Mzwandile Masina has said he will voluntarily resign as a councillor in the region.

Zuma was sentenced in July 2021 to a 15-month term by the Constitutional Court for contempt when he refused to appear before a judicial probe investigating state corruption during his presidency.

Correctional Services is convinced that another court may arrive at a different conclusion.

He said reneweable resources cannot be exported to China, beneficiated there, and then be sold back to South Africa.

De Ruyter was referring to recent arrests at its power stations for coal theft and sabotage.