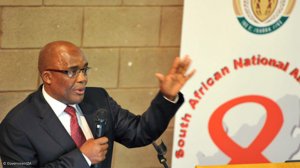 The DA says it will lay a complaint with the B-BBEE Commissioner Zodwa Ntuli, today, about "possibly fraudulent BEE certificates" used by Gupta linked businesses to secure supplier contracts with Eskom.

DA MP Dean Macpherson, who shadows the trade and industry minister, said his party will also hand over "supporting evidence" and added that such action may constitute criminal behaviour and must be urgently investigated.

Mcpherson said the B-BBEE Commission is empowered, in terms of the B-BBEE Act 46 of 2013 to investigate complaints received on any matter concerning broad-based black economic empowerment.

South Africans were told yesterday not to consume ready-to-eat processed meat as government identified the source of a listeria outbreak from a cold meat product made by the country's biggest consumer foods group.

Health Minister Aaron Motsoaledi said the meat, known as "polony", made by Tiger Brands unit Enterprise Food and by RCL Foods, would be recalled from stores.

Motsoaledi said due to the risk of cross-contamination, all such foods were a potential health hazard.

He said although RCL Foods had not been identified as a source of the outbreak, a facility owned by the firm was under investigation.

He said the source of the present outbreak is the Enterprise Food production facility located in Polokwane.

Tiger Brands said it was cooperating with authorities and RCL Foods said it would suspend all production of its Rainbow Polony brand.

Sisulu says international community should not panic over land reform

Government has urged the international community not to panic over South Africa's parliamentary processes with regards to the controversial land expropriation policy.

Sisulu added that the views and concerns of all South African stakeholders would be considered during the parliamentary processes.

The Department of Trade and Industry is leading a black industrialists business delegation to Mozambique on a mission to identify and explore trade and investment opportunities from March 4 to 10.