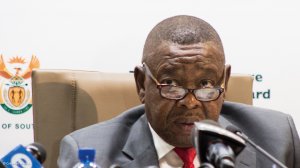 The central theme of the act, signed into law on Tuesday, was to make universities more inclusive, and to move away from old patterns of universities based on racial or language lines and to recognise African schools of thought and knowledge.

The DA international relations spokesperson Stevens Mokgalapa yesterday asked the government to summon Gambia's ambassador to South Africa over that country’s President's attempt to stay in power "at all costs".

Gambia had been in a state of emergency since December 1, after President Yahya Jammeh lost an election and then decided not to step down.

Department of International Relations spokesperson Clayson Monyela said the request by the DA was premature.

The ANC Youth League will intensify calls for the government to stop banking with Absa, it said yesterday.

The league’s spokesperson Mlondi Mkhize said they will continue to take strong political action and radical campaigns to have the government withdraw its accounts from Absa, just as they are pursuing them to repay the money that they are holding onto.

The league was reacting to the contents of a leaked Absa draft document from the Public Protector’s office last week.

The human rights group said Nigerian authorities should provide compensation to victims of the recent bombing of a refugee camp in Rann, Borno State.