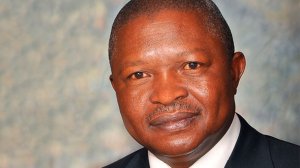 For Creamer Media in Johannesburg, I’m Simone Liedtke.
Making headlines: Mabuza 'does not want to be deputy president', 'Angry and bitter' Mugabe says Mnangagwa 'must apologise'  And, the dti supports SA firms to exhibit at Ghana international trade fair

Mabuza 'does not want to be deputy president'

With President Cyril Ramaphosa expected to announce his Cabinet reshuffle early this week, speculation is rife over whether this will include his deputy in the ANC, David "DD" Mabuza, as deputy president of South Africa.

The controversial Mpumalanga premier has been touted to replace Ramaphosa as the country's second-in-charge, amid reports that this was not necessarily what Mabuza wanted.

The names of ministers Naledi Pandor and Lindiwe Sisulu, as well as the speaker Baleka Mbete and Gauteng ANC leader and treasurer-general of the ANC Paul Mashatile have been touted as possible candidates.

A bitter Robert Mugabe says new President Emmerson Mnangagwa and his allies should apologise for last year’s military operation that ousted him from power – and he doesn't think Zanu-PF will win this year's polls.

Mugabe made the comments at a private party held for him on Saturday at his Harare mansion to celebrate his 94th birthday.

Mugabe was persuaded to step down last November in the wake of an army takeover.

A group of 20 South African companies specialising in agro-processing, chemicals, clothing and textiles, forestry, furniture, creative industries, built environment, and capital equipment will exhibit their products and services at the Ghana International Trade Fair in Accra from February 28 to March 7, the trade and industry department said.

Participation of these companies had been made possible by the dti through its export marketing and investment assistance scheme, which aimed to increase exports of South African manufactured products to Ghana and beyond, the dti said in a statement.

According Trade and Industry Minister Rob Davies, the objective of the South African participation in the exhibition was to promote South Africa’s products and services.

The DA has announced that mother-tongue languages are now set to be rolled out to more than 250 schools across the Western Cape.

Fuel Price: Each and every South African is suffering – Motor Industry Staff Association