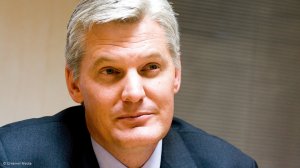 Former president Jacob Zuma's son Edward has accused the High Court judge who issued a warrant for his father's arrest of bias, saying she is close friends with two of his political foes.

The younger Zuma said Judge Dhaya Pillay was friends with Public Enterprises Minister Pravin Gordhan as well as former Cabinet Minister and ANC veteran Derek Hanekom. He said as friends they might discuss "some issues".

At the Pietermaritzburg High Court on Tuesday, Pillay issued a warrant of arrest for the former president after he failed to appear for his graft case. His lawyer produced a medical certificate from a military doctor that the State argued was not valid.

Court set to decide on Mkhwebane's conduct in CR17 probe

The battle between Public Protector Busisiwe Mkhwebane and President Cyril Rampahosa took centre stage in the Gauteng High Court in Pretoria this week as months of acrimonious exchanges, which dominated headlines, spilled into open court.

Meanwhile, the Public Protector has stuck to her guns on her report into a R500 000 donation to Ramaphosa's successful ANC presidential campaign by late Bosasa boss Gavin Watson.

Load-shedding to continue until Friday, with high chance of weekend cuts

Eskom says stage 2 rotational load-shedding will continue until Friday, with a "high probability of cuts" over the weekend.

The cuts are due to a shortage of capacity and a higher demand for electricity.

The utility admitted that it would not be able to suspend cuts for morning or afternoon peak traffic but said it would continue to "explore the pilot programme of providing load-shedding respite".

Eskom group CEO André de Ruyter said they did not take the decision to implement load-shedding lightly, but the reality is that Eskom’s generating infrastructure is constrained and unreliable.