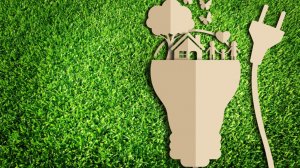 Ivan Pillay says ANC is no longer regarded as credible, trusted and honourable

Former South African Revenue Services Deputy Commissioner Ivan Pillay has said that the ANC is no longer seen as a reliable organisation for realising the aspirations of millions who suffered under apartheid.

Pillay was speaking at the annual Helen Suzman memorial lecture in Johannesburg, where he said the party is no longer closely identified with the poor and the marginalised.

He said there is distrust of the ANC, even among its followers, who, although they may vote for the organisation, [they] do not believe or trust its promises.

He added that there is no other party that has won substantial trust, yet.

Party president Cyril Ramaphosa is also fighting for a second term amid the farmgate saga which has tainted his image ahead of the ANC’s 55th Elective Conference.

Colonel Mxolisi Edwin Nama told the Randburg Magistrate's Court that Mchunu instigated some of the unrest in parts of Gauteng and KwaZulu-Natal.

Nama was the State's first witness to testify against Mchunu, who had earlier pleaded not guilty.

Stage 6 loadshedding will be implemented from midday until further notice, Eskom announced.

The utility said this is due to a high number of breakdowns since midnight, as well as the requirement to strictly preserve the remaining emergency generation reserves.

South Africa’s economy has been affected by frequent power cuts which have even resulted in the selection of a new Eskom board elected to deal with the crisis.